Josh Taylor produced a dominant performance on home turf to claim a stoppage victory against undefeated American Ryan Martin in the seventh round and advance to the World Boxing Super Series semi-final.

However, there was a shock defeat for Ryan Burnett in the co-main event as the Northern Irishman was forced to retire after the fourth due to a back injury therefore relinquishing his WBA Bantamweight World Title to Nonito Donaire.

The Hydro Arena in Glasgow was packed to the gills with unanimous Scottish support for Taylor, and although it took the Prestonpans boxer a while to find his rhythm, the homeland hero was clearly superior to Martin’s athletic yet unrefined style. 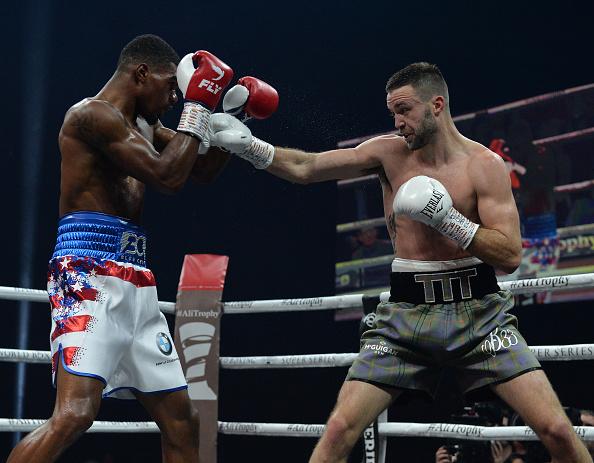 The first few rounds were won by Taylor but only via sporadic combinations. However, as the fight progressed into the latter rounds, a large swelling started to settle above the American’s right-eye as Taylor landed gruelling combinations on the Ohio native. In the seventh round, a left hook to the head followed by another serving to the body dropped Martin, who complained the first shot had struck him behind the ear.

Victor Loughlin waved off the fight immediately, which to some was deemed premature yet it was clear by that point that there would only be one winner in the bout.

The win saw Taylor retain his WBC Silver Championship and improve his perfect record to 14-0. In the tournament’s semi-final, he will challenge for a world title for the first time when he faces Ukraine’s Ivan Baranchyk early next year. After the win the Scotsman said:

“I am very happy with the way the performance went tonight. I knew I was going to win the fight. Credit to Ryan but the fight was easy for me, I never got out of second gear. I’m ready for this next fight. This is me just getting started. I’m 100 per cent confident and I don’t think there is anyone going to stop me.” 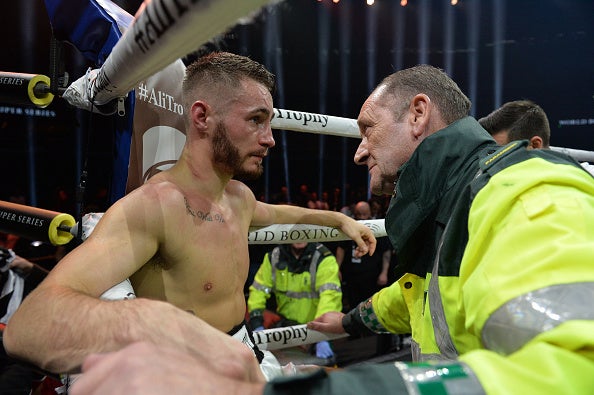 The night was less fortuitous however for Britain’s other Super Series combatant Ryan Burnett who was forced to retire from his fight with four-weight world champion Nonito Donaire after suffering a back injury in the fourth round.

It meant Burnett lost his world title to the Filipino who was defeated by compatriot Carl Frampton last April.