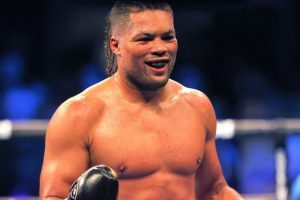 Joe Joyce is ready to risk his unbreakable aura against Anthony Joshua – and doesn’t care if you question his brutal methods for heavyweight domination.

Joyce had a promise to keep.

Savage hooks from Carlos Takam had jolted Joyce in the most alarming few rounds of his career, but he enticed his opponent into a ferocious flurry of punches.

“I just went for it,” Joyce told Sky Sports.

“I hit him with a left hook and then the way he staggered back, I was like, ‘Time to end the fight’. 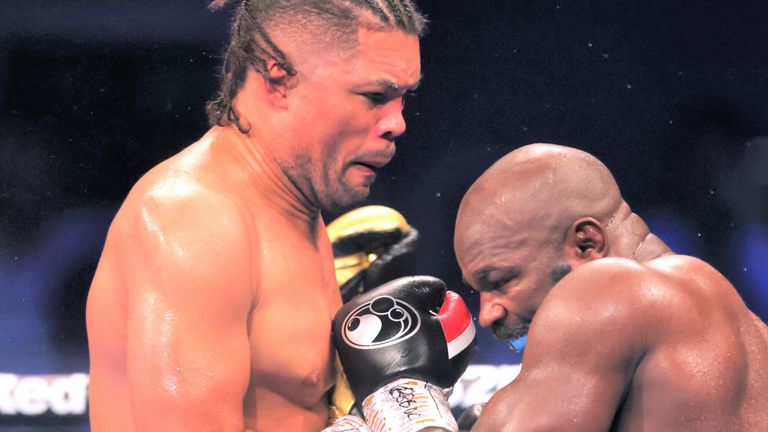 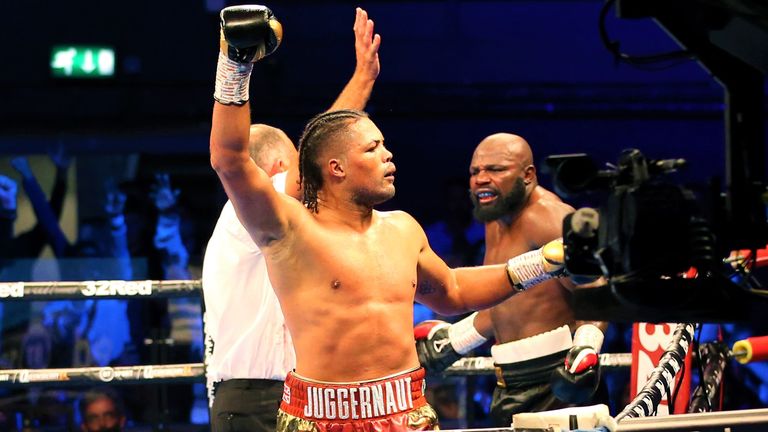 “I could have let him recover and go for him again, but I wanted to make a statement and I said the sixth round, so why not deliver?”

In the end it was simple.

Joyce could withstand everything that Takam threw at him, but the Cameroon-born contender was unable to do the same.

“Everything was like bouncing off. I wasn’t, ‘Oh my god, his power,’ I was quite happy to time him and get into his rhythm and make exchanges. But I wasn’t worried too much about what was coming back.

“I’m putting shots together, landing in the meantime, but it depends who is paying attention to what.

“If you’re paying attention to the shots coming at me, yeah I get hit with some shots, but while that is happening, I’m peppering him with loads more shots.”

Takam showed nothing but respect throughout fight week, but still came for war when the first bell rung.
True professional. #respect
He got my mums approval post fight too.#THEJUGGERNAUT 👊🏾 pic.twitter.com/lHR8se66Ms

What about the doubters?

What if Joshua, a potential future opponent was ripping punches through his defence with regularity?

“People are not reactive when I’m landing. ‘Joe Joyce throws a lot of punches’ – and he’s landing a lot of shots!

“But then you just expect it.

“I don’t care. It’s effective and it works and I get the wins.

Joyce was equally unconcerned about the commotion on social media after he entered Wembley Arena like a comic book character, rather than an imposing heavyweight threat. 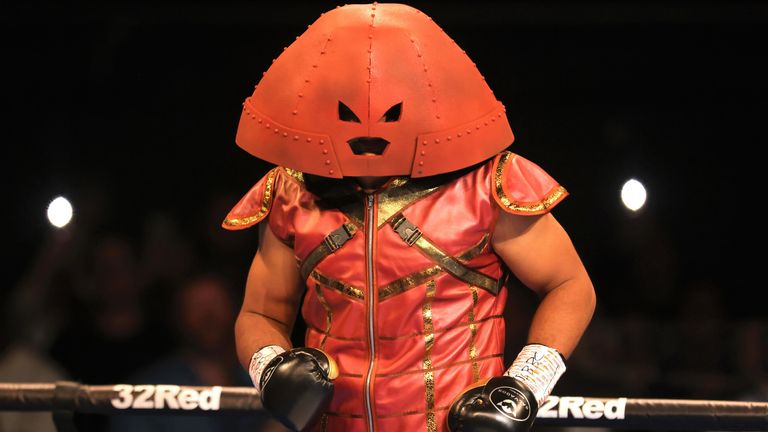 “It was all part of the plan,” said Joyce, who was playing up to his ‘Juggernaut’ nickname.

“They came up with the design with the helmet.

“I’ve also got a few designs in mind.”

Oleksandr Usyk, the eccentric Ukrainian who challenges Joshua on September 25, live on Sky Sports Box Office, would perhaps even draw the line at adopting the same persona as a character from ‘The X-Men.’

Joyce briefly pondered the prospect of an extravagant pre-fight face-off with Usyk.

“If he could do, it might encourage him to do so!”

Joyce is ‘edging with Joshua’ in the upcoming clash with Usyk, and for good reason, a battle with his fellow Team GB medallist would be more lucrative and more to his liking.

Joshua claimed gold at London 2012, while Joyce settled for silver in Rio four years later after a hotly debated loss to Tony Yoka, but the Brit rivals were evenly matched during punishing sparring in the past. 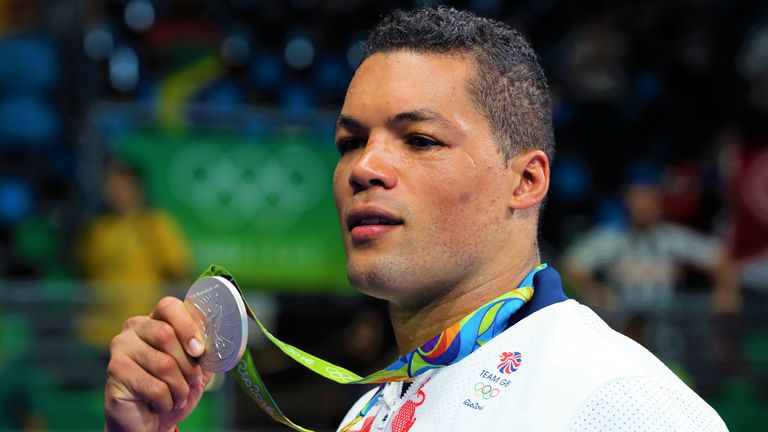 The duo are not so close now, with Joyce next in line to challenge for Joshua’s WBO belt, behind Usyk.

“I haven’t spoken to him for ages. I haven’t tried either.

“He’s a fellow GB team-mate, but we could be fighting very soon.

“When you’re the same weight, you’re probably going to fight. You always have that in the back of your mind.

“We had some great spars over the years and it was very competitive, so it would be one hell of a fight, if he wants it?”

Joyce has felt Joshua’s concussive power and would not loiter in range for too long, despite what you might think.

The 35-year-old has a scalpel, along with his sledgehammer, and his stinging jab was enough to break down Daniel Dubois last November.

“I’ve obviously wouldn’t go in and trade with him for too long, because he’s dangerous when he’s swinging those big arms around.

“You don’t want to be caught with any of them. I would have to be a lot more tactical.

“There’s always two halves of the fight. It’s a long fight, so I could take him into deep waters and drown him.

“I tend to take a lot of shots and if he’s going to land big shots, there will be some risky exchanges on both sides, and I’m sure I could land some heavy ones on him too.”

If Joyce promises to do something, then maybe we should have learned by now not to doubt him.