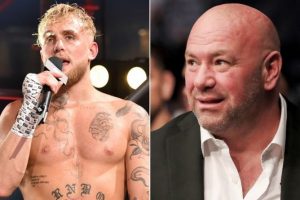 Paul takes on Woodley in a boxing match on August 28 in a bout that does not have a confirmed location.

But following Paul’s recent multi-fight deal with American pay-per-view giants Showtime, “The Problem Child” now has a mainstream sports outlet upon which to promote himself.

Now Paul and Woodley are set to collide, with Paul taking to Instagram to reveal the genesis of the matchup as he made a typically brash prediction for the fight.

“Tyron ran his mouth a little too much in the locker room when I knocked out his best friend Ben and earned himself a top spot on the Problem Child death list,” he began.

“Tyron’s a seasoned striker who has fought the best MMA fighters in the world but will be dropped by a Disney teen star in two rounds.” 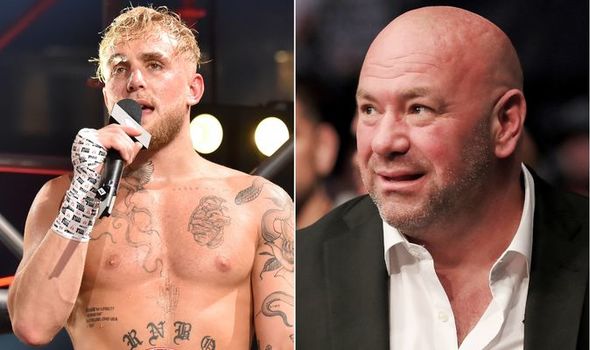 Paul then took aim at UFC president White as he dared the UFC supremo to put some of his fortune on the line to back Woodley at the bookies.

“Maybe this time Dana White will actually be a man of his word and put his money on his former champion instead of trying to undermine my success like a jealous ex,” he said.

“Influencer vs MMA… let’s get it on. It’s Showtime.”

Woodley recently departed the UFC after the conclusion of his contract, and is currently riding a four-fight losing skid.

But, prior to his poor form, “The Chosen One” was the undisputed UFC welterweight champion, renowned for his explosive power.

And the former mixed martial artist said Paul’s trash-talking antics have landed him in a fight with an opponent he won’t be able to handle.

“You would visualise Jake Paul getting his head knocked smooth off his neck,” Woodley said during an Instagram live session.

“Sometimes you talk yourself into a situation that you can’t back yourself out of.

“My mom used to say, ‘Your mouth wrote a check that your a** can’t cash.’ That’s exactly what happened.”