Jake Paul has offered approximately £1.7 million to promoter Eddie Hearn as the YouTuber-turned-prizefighter looks to schedule a rematch between two-weight champion Katie Taylor and Amanda Serrano. Hearn and Paul have clashed a number of times since the content creator transitioned into the boxing world, although he seems to have earned a begrudging respect from the Brit.

Paul and Hearn made an £800,000 bet ahead of Taylor and Serrano’s clash back in April as the two women headlined Madison Square Garden. Taylor won the historic bout – which saw two pair headline the iconic venue for the first time – as the Irish star defended her undisputed lightweight title.

Taylor came close to being stopped earlier in the fight after the hard-hitting Serrano led an onslaught in the sixth round. However, the 36-year-old recovered with brave defiance and produced a scintillating finish to the contest. 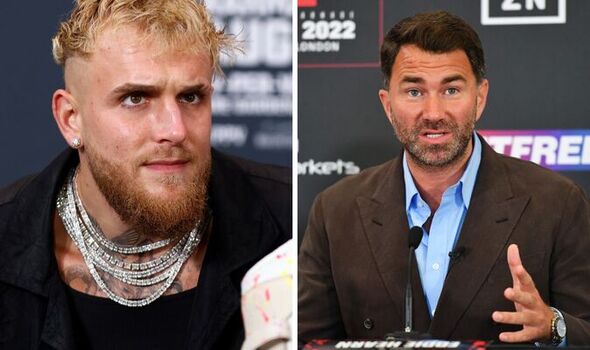 However, a fight between Taylor and Serrano doesn’t appear to be happening anytime soon with Serrano next in action on August 6. She will defend her WBC and WBO women’s featherweight titles against Brenda Karen Carabajal.

On the very same night at Madison Square Garden in New York City, Paul is set to return to the ring next month when he takes on Hasim Rahman Jr. Paul’s last bout was a rematch with Tyron Woodley after Tommy Fury pulled out of their highly-anticipated grudge match, and the YouTuber knocked out the ex-UFC champion in stunning style after previously defeating him on points in August 2021.

The win added to other knockout triumphs over gamer ‘AnEsonGib’, ex-NBA player Nate Robinson, and retired UFC welterweight Ben Askren. However, Paul has received criticism for the calibre of opponents he has selected to face as he is yet to face a recognised boxer. 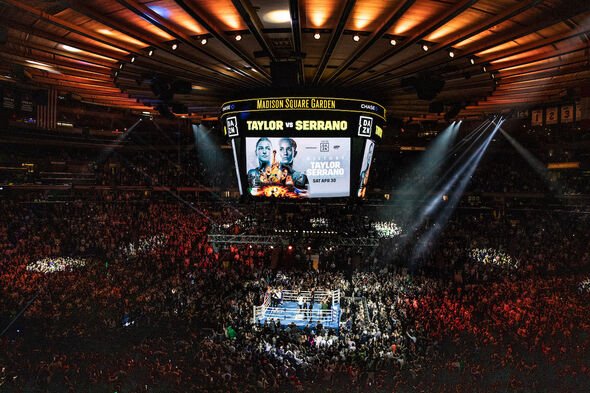 His upcoming bout will be the first time in his professional career that he has faced an opponent with boxing pedigree. Hearn was impressed and said: “It’s a proper fight, a real fight, so good luck to him.

“If he wins, we can’t then turn around and say he’s going to be a world champion, but you have to give him a credit because he’s making his way as a professional fighter. It’s a very solid win for someone at that stage in his career.”