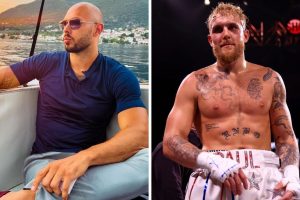 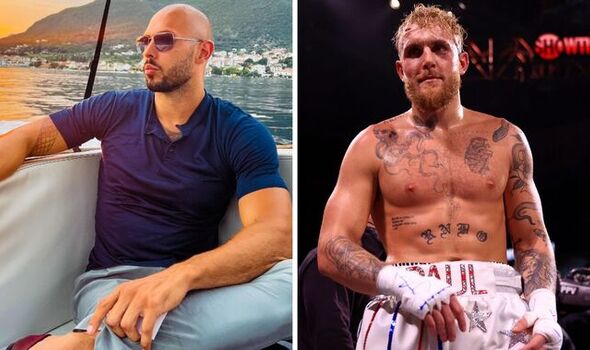 Jake Paul has revealed that he once received an Instagram message from Andrew Tate, but that the former-kickboxer unsent it before he could read it. Tate called out the YouTube star during a recent appearance on The Nelk Boys podcast.

At the time, Paul did not respond but has since admitted he would be open to a fight with the internet personality while his older brother Logan is also angling for the fight.

In the latest episode of the Impaulsive Podcast, Paul weighed in on the contest and revealed that he had been sent a message on social media by ‘The Cobra’.

Paul said: “I just want to say though, just so I can have some peace with it so he followed me up until last week I have just seen that this a follow, but he was a fanboy. Look at this, message, it says ‘accept message request from Andrew Tate’. 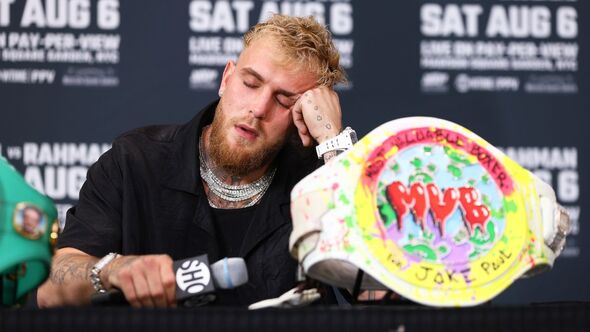 “He unsent it. But it still shows that he tried to send me a message at some point. He called me out like two years ago and I remember seeing it and swiping because I was like ‘who is this guy?’

“There’s always someone calling me out. Then this interviewer asked me recently would I fight Andrew Tate and that’s when I started to see this guy pop up all over the internet. I was like, ‘Oh that’s Andrew Tate’, but what I’m saying is that Andrew, if my brother doesn’t f*** you up, I will.”

He continued: “It has to go down, but I don’t think he gets in the ring with one of us. It’s too big of a risk for him because he’s an alpha male, right? That’s his whole entire thing, and when he loses to either one of us that he fights, his whole shtick will go out of the window.” 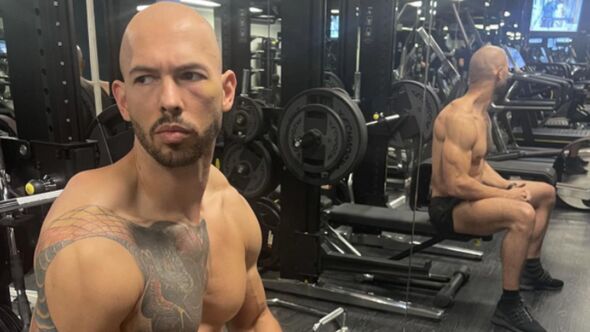 Tate, 35, is a four-time ISKA world champion in kickboxing but is best known for his role as an entrepreneur and content creator. The British-American runs an online course in “modern wealth creation” and has garnered millions of followers online.

The internet celebrity – who has risen to notoriety for having controversial views – claims to have had 87 fights in various disciplines and only nine losses to his name with a win over former UFC star Luke Barnatt in an amateur MMA bout back in 2010. He has also competed in professional MMA and holds a 1-0 record.