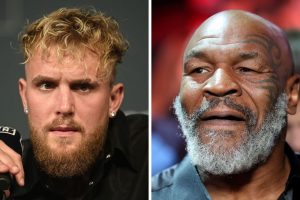 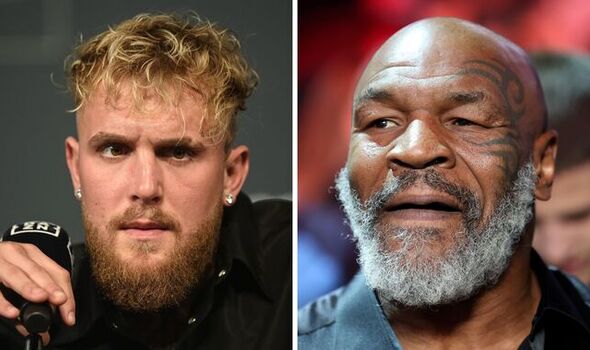 Jake Paul and Mike Tyson are reportedly set to face each other in the ring before the end of the year. Just as talk of the showdown looked to be cooling, the former baddest man on the planet has thrown the fight a lifeline when he admitted on the Jimmy Kimmel Show last week that a clash could take place this year.

Tyson revealed: “Anything is possible, but it has got to happen this year. That could be very interesting. He is skilled enough and I will give it to him because he is winning. Even if he is fighting fighters that aren’t meant to be good enough, they should still be beating him, but they can’t.

“He is beating people that he shouldn’t really be beating so you have to give him credit. He is doing good, and he is doing things that are great for boxing. This guy has seven million people following him every time he fights.

“The champions of the world don’t have that many people following him so what he is doing for boxing is sensational. No one should be hating on him; what this kid is doing they should be following him. He is helping everybody get money so why are people mad at him?”

Anthony Joshua warned Oleksandr Usyk may KO him in rematch

In response to Tyson’s words, Paul tweeted a clip of the video with the caption: “Thank you to the great Mike Tyson for the respect and opportunity. This year we are making it happen.”

Paul has been chasing the fight against Tyson since revealing in a tweet last year that a contest against ‘Iron Mike’ is on his boxing bucket list. He wrote: “My boxing bucket list: 1) Canelo Alvarez 2) Floyd Mayweather 3) Mike Tyson 4) Tyson Furry (sic) 5) Dana White.”

The YouTube star is expected to return to the ring on August 13 against an undisclosed opponent with Tyson, Eric ‘Butterbean’ Esch, Anderson Silva, and Tommy Fury being among those in the running. ‘The Problem Child’ is currently 5-0 as a professional with recent knockout victories over former UFC stars Tyron Woodley and Ben Askren.

Tyson retired from professional boxing in 2006 and became the youngest heavyweight world champion of all time when he claimed the WBC strap in 1986 at just 20 years old. The now 55-year-old recently made his return to the ring in an exhibition bout against Roy Jones Jr and has since gone on to admit that he wants to fight again in the near future.