Home » Boxing » Fury vs Sour: Hughie Fury heavier for fight in Monaco but will that result in a more powerful punch?

Fury vs Sour: Hughie Fury heavier for fight in Monaco but will that result in a more powerful punch? 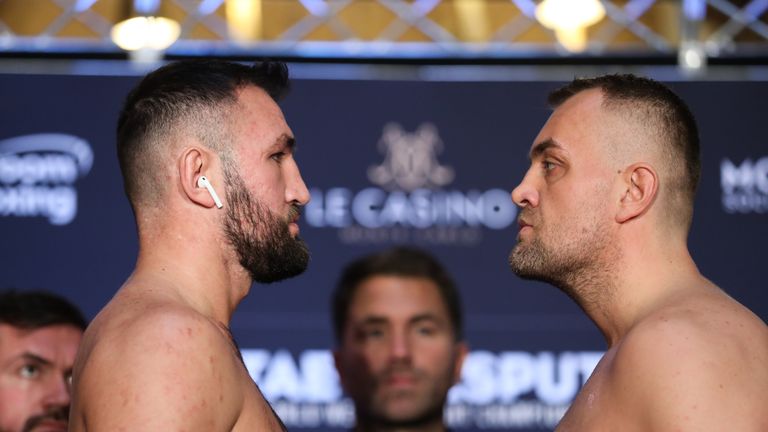 Hughie Fury had one final stare-down with opponent Pavel Sour before returning to action in Monaco, knowing an impressive display could see him gatecrash the world heavyweight title picture.

Fury fights on Saturday night from 7pm, live on Sky Sports Action, aiming to put a recent defeat to Alexander Povetkin firmly behind him.

The younger cousin of Tyson Fury weighed-in at 16st 10lbs on Friday, 10lbs heavier than prior to his decision loss to Povetkin. His opponent Sour was 17st 2lbs.

Fury promised he has “fixed the problems” that led to defeats to Joseph Parker, Kubrat Pulev and Povetkin and, aged just 25, still has plenty of time to make a statement in the division where Anthony Joshua faces Andy Ruiz Jr next Saturday, live on Sky Sports Box Office. 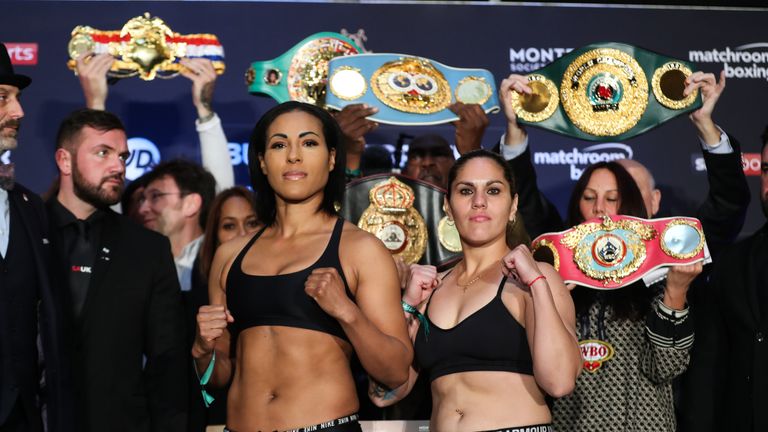 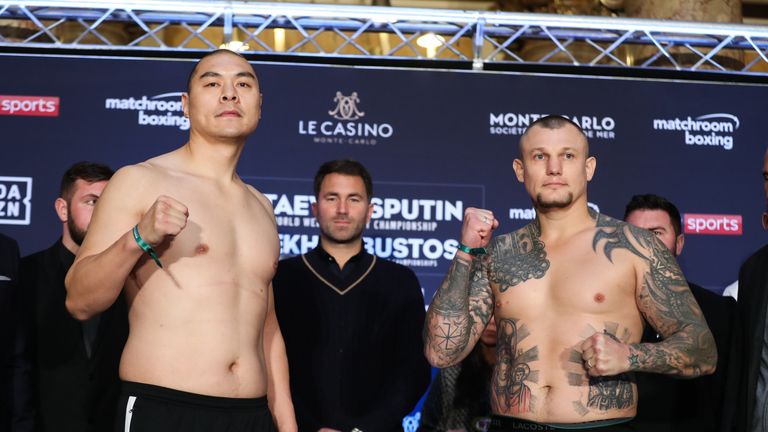 Undisputed welterweight champion Ceceilia Braekhus and her challenger Victoria Bustos were comfortably inside the limit of 10st 7lbs.

A future dream fight for Braekhus with Katie Taylor, a fellow undisputed champion, likely relies on her ability to shed weight and agree on a catchweight.