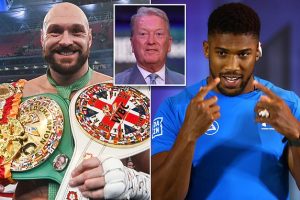 Frank Warren, Tyson Fury’s promoter, says the deal for the Gypsy King to sign Anthony Joshua on December 3 has not yet been signed – but remains optimisitc about it taking place.

Eddie Hearn, from AJ’s Matchroom Boxing, confirmed the contract had arrived, but there were a few things to sort out, hence why progress has stalled since Warren’s team sent the paperwork last week.

The deal was weighted with a 60/40 split in favour of the WBC heavyweight world champion.

The 32-year-old’s camp are currently reviewing Warren’s paperwork, and the 70-year-old promoter believes it will be signed. 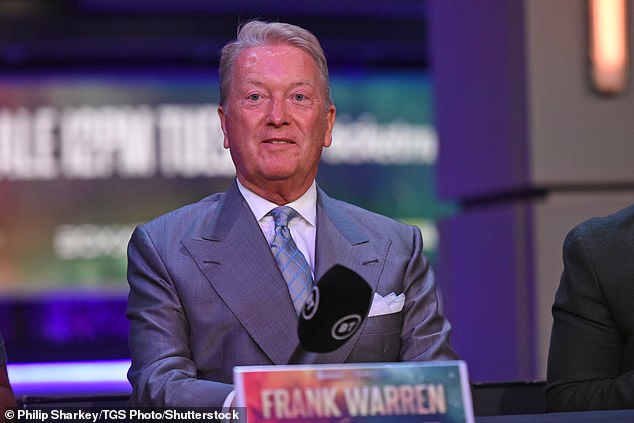 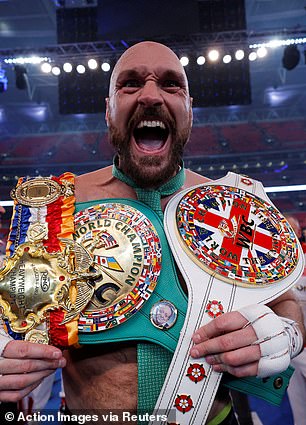 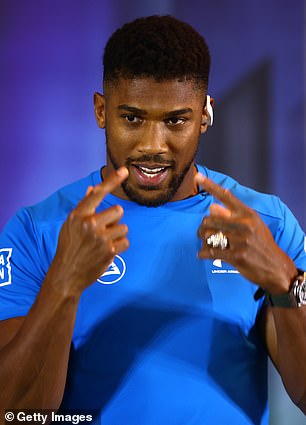 Warren told talkSPORT:  ‘No. It’s not signed yet. We’re waiting for them to come back to us. But I don’t see any reason why it shouldn’t be signed.

‘The big problem was when the fight would take place, it’s December.

‘To give everybody comfort we’ve even said that they can be involved in all the broadcast contracts, sponsorships and everything, so they can see that everything’s above board.

‘That side of it, we satisfied any worries they may have. There’s no worries about payment because they will get paid direct from the respective TV companies, so that side of it’s sorted out.’ 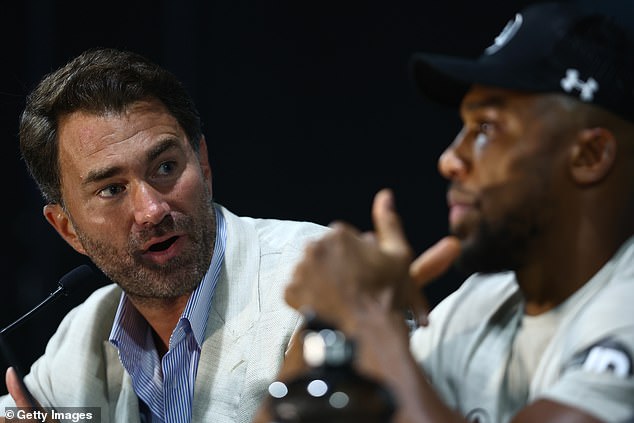 Hearn from Matchroom, which promotes Joshua, confims the contract was received, but they’re in the process of negotiating certain parts of the agreement.

‘It’s not unusual to get a contract that you’re not over the moon with – and it wasn’t that they were playing games or anything like that. It’s just really down to the format of the agreement, which is being rectified and we’re working positively to try and get that in the right shape and I think we’re nearly there in terms of the format of that agreement,’ Hearn told iD Boxing.

‘[The contract] wasn’t really as we expected, but that was a few days ago and we’ve had some positive conversations. Reshaping that slightly, which seems to be positive.’ 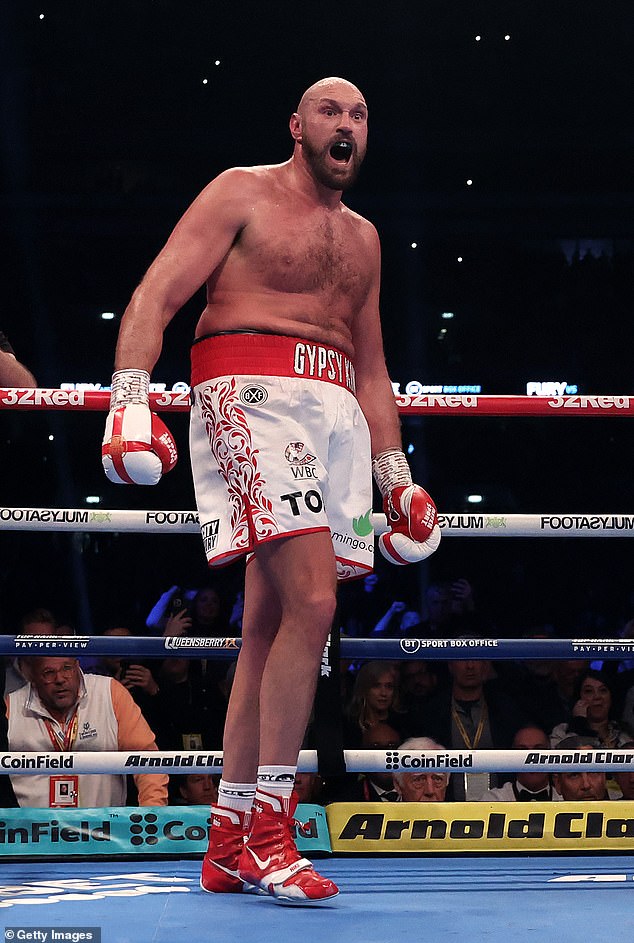 The issue may come down to the broadcasters on both sides, with BT Sport and Fury’s deal needing to be levelled with Joshua’s alignment with DAZN.

Warren said: ‘How can any broadcasters stop this fight from happening? I mean if they did that, they could not have the best interests of British boxing.

‘I think our side [BT], all they wanna do is make this fight happen and that’s where we’re at.

‘And I’m sure the DAZN people will be the same. Why wouldn’t they want this fight to happen?’

Meanwhile, Hearn said: ‘We’ve still got a long way to go. Obviously, the broadcasters have got to have their discussion. There’s not a lot more to tell you other than both teams are doing everything they can to try and find a way to make it happen, within the timeframe.’ 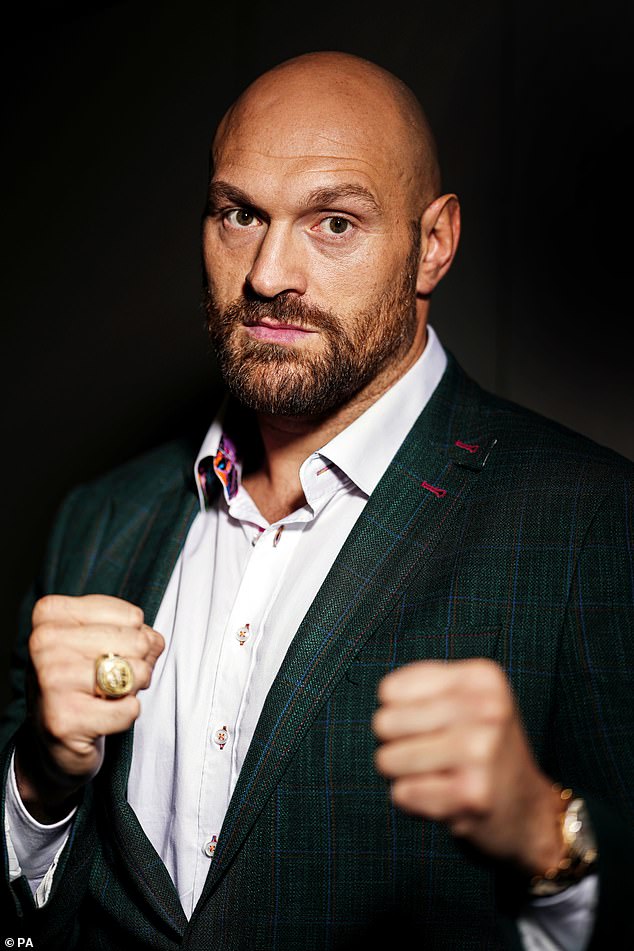 No deadline has been set for an agreement, but confirmation must be made sooner or later with the clock ticking ahead of the proposed December date, thought to be in Cardiff.

Joshua said he was in favour of the all-British heavyweight clash, and Warren urged: ‘If he wants it, he’s got to instruct his team to make it happen.’

Warren also said he felt a unification bout between Fury and Oleksandr Usyk would be planned for next March, just three months after the proposed fight with Joshua.

Fury’s last fight was back in April, when he emphatically TKO’ed Dillian Whyte at Wembley Stadium. He had claimed to have retired from the sport, but has now vowed to fight again.

Meanwhile, Joshua’s last bout was his split decision loss to Ukrainian Usyk in their rematch in Saudi Arabia last month.