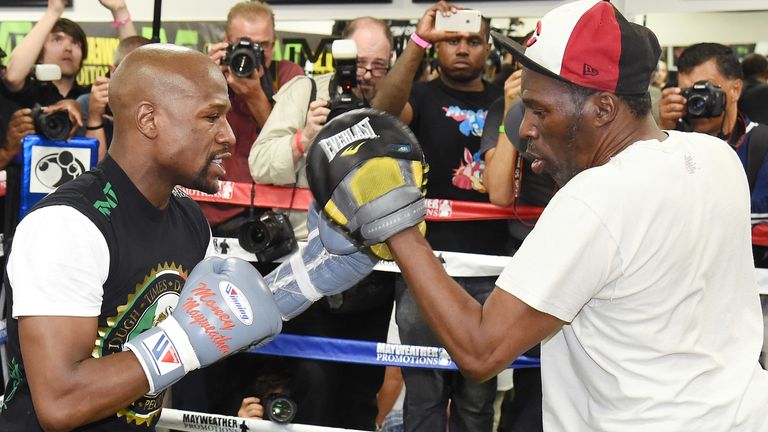 Floyd Mayweather has described his uncle and trainer Roger as “one of the most important people in my life inside and outside of the ring” after his death aged 58.

Roger Mayweather, who won world titles at super featherweight and super lightweight while earning 59 wins in a 72-fight professional career spanning nearly 20 years, died on Tuesday after a long battle with diabetes.

He also played a pivotal role in Floyd Mayweather’s career as he guided his nephew to 34 of his 50 wins as he became boxing’s pound-for-pound best fighter during the 2010s.

In a statement released by Mayweather Promotions, Floyd Mayweather said: “My uncle was one of the most important people in my life inside and outside of the ring.

“Roger was a great champion and one of the best trainers in boxing. Unfortunately, his health was failing him for several years and now he can finally rest in peace.

“Roger meant the world to me, my father Floyd Sr., my uncle Jeff, our whole family, everyone in and around the Mayweather Boxing Gym and the entire boxing world. It is a terrible loss for all of us.”

Tributes poured in for the former two-weight world champion, affectionately nicknamed the “Black Mamba”, from within the sport, including from former opponent Julio Cesar Chavez.

“An opponent in the ring, a great friend, coach and person outside of it. I regret the loss of one of boxing’s greats. I will always have you in my heart,” Chavez said on Twitter.