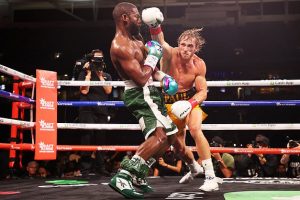 Floyd Mayweather admits he was ‘surprised’ by how good Logan Paul was as he plays down failure to stop YouTuber-turned boxer in their glitzy eight-round exhibition clash by saying: ‘I’m not 21 anymore’

Floyd Mayweather admitted that he was surprised by how good Logan Paul was after their eight-round exhibition fight in Miami went the full distance.

Mayweather, 44, outclassed Paul for large chunks of the fight but could not land that all-important knockout blow, which was the only way to win as there was no ringside judges.

YouTuber-turned-boxer Paul however, showed composure to keep his shape and tried to land combinations, though they often hit thin air. 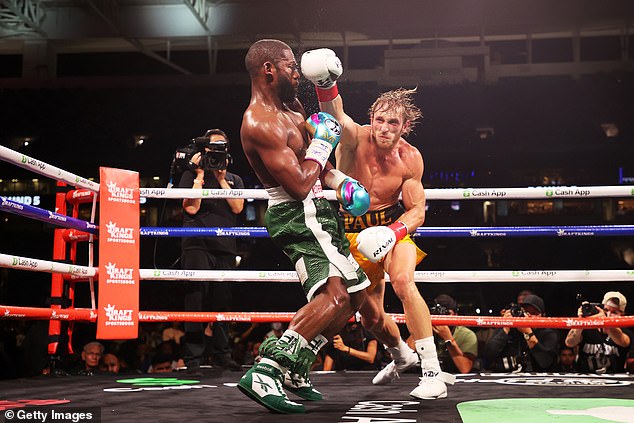 But for all of Mayweather’s elusiveness, his offensive skills did not trouble Paul as much with the 26-year-old, who was over two stone heavier, showing heart and a solid chin by taking some solid shots to the body and chin.

Mayweather said afterwards: ‘As far as the heavyweights and the big guys, it’s going to be hard, but he’s a tough, rough competitor.

‘It was good action, we had fun. I was surprised by him tonight, good little work. He’s a good guy. I had fun. Tonight was a fun night.

‘I fought against a heavyweight but I had fun, even though he didn’t have much experience, he knew how to use his weight and tie me up but I had fun and I’m sure he had fun.’

When asked about a potential fight against his younger brother Jake Paul, Mayweather said: ‘You’ve got to realise, I’m not 21 anymore. I’ve been in this sport for 25 years but I had fun tonight.’