Ewa Brodnicka interview: ‘I know how to beat Terri Harper’ 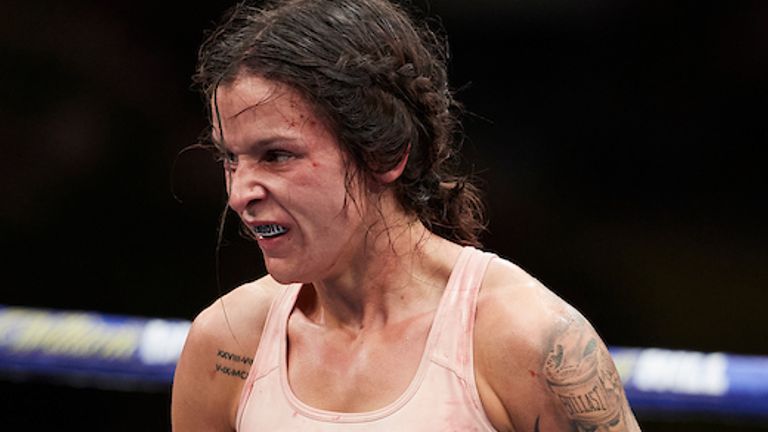 World champion Ewa Brodnicka “learned” from Terri Harper’s most recent fight and now knows the blueprint to beat her, she insists.

Harper clung onto her WBC super-featherweight title with a draw against Natasha Jonas in July – WBO title-holder Brodnicka will, meanwhile, put her gold at stake against Mikaela Mayer in Las Vegas, targeted for October 24, as the division heats up.

Asked if she saw flaws in Harper, Brodnicka told Sky Sports: “Yes, and I have a good coach with a good game-plan. I saw mistakes and faults from Harper, but I also saw a good game-plan from Jonas. “Everyone thought, for Harper, it would be easy because Jonas lost to Viviane Obenauf. I also fought with Obenauf, she is a primitive boxer but with a good punch.

“So I was surprised to see a draw. It was an exciting fight, one of the best I’ve seen for female boxing.

“If Harper won I was expecting to fight her. But the situation has changed. So when I beat Mayer, I really want to win another belt against Harper.

“Harper is good. Nice combinations, she is fast, good footwork.” 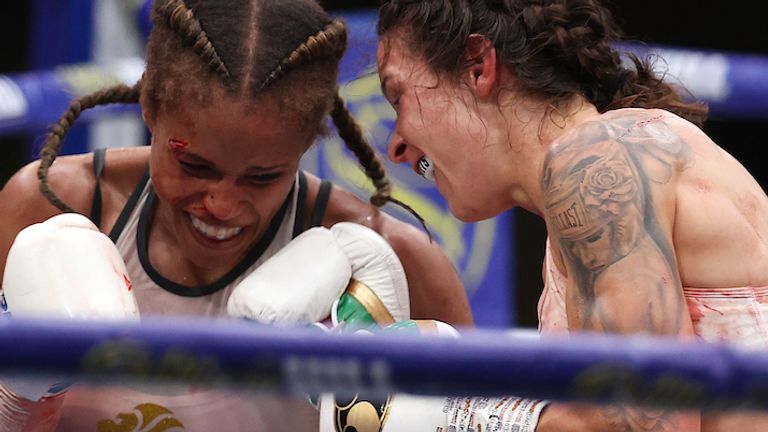 Poland’s Brodnicka, 36, is undefeated in 19 fights. She took up boxing 15 years ago after being attacked at a party by a man – her father then introduced her to the sport to hone her self-defence.

Brodnicka signed with Eddie Hearn’s Matchroom Boxing in the days prior to Harper’s title defence against Jonas, but due to the draw, she will now go in a different direction.

Instead Brodnicka will realise “a dream” by heading to Las Vegas for her first fight outside of Poland when she meets mandatory challenger Mayer, the unbeaten US Olympic standout.

Mayer previously told Sky Sports: “It’s so hard for me to respect the long-standing champions in our division who have held their belts for years without even trying to unify.

“These long-standing champions are done. They won’t make it through us. Just take the pay-day and go, because they won’t last with us. Not with the hungry girls that are coming up in our division.” 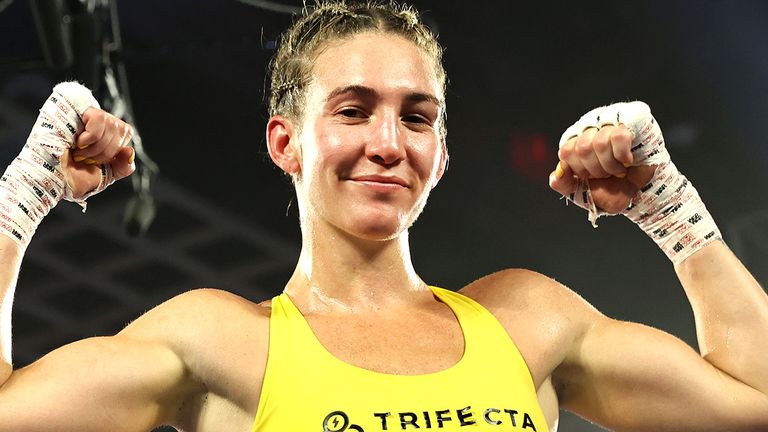 Dude… @ewabrodnicka is soft. You haven’t said a word because you know you can’t hang with this era of women’s boxing. At least go out with some honor.

Which is why @terriharper96 won’t be champ for long. You think your 17 amateur fights can compare to my 130+? @tashajonas gave you a taste of what that Olympic pedigree feels like. #levels

Brodnicka hit back: “She talks a lot, she makes a lot of noise. I responded only once [on social media]. After I didn’t respond because I wanted to be sure the fight would happen.

“I don’t like messing around, I wanted to be sure the fight would happen.

“I have fought in the past with a Polish girl who spoke a lot. I also like to trash talk and I like to make a show of the weigh-in!

“She is a top fighter, a good opponent with good combinations. She is tall, like me, she is 2cm taller. Normally we fight with smaller opponents because we are the tallest in our category. It will be an exciting fight.