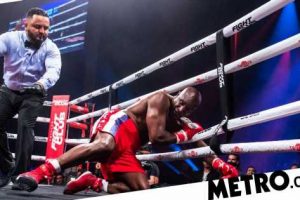 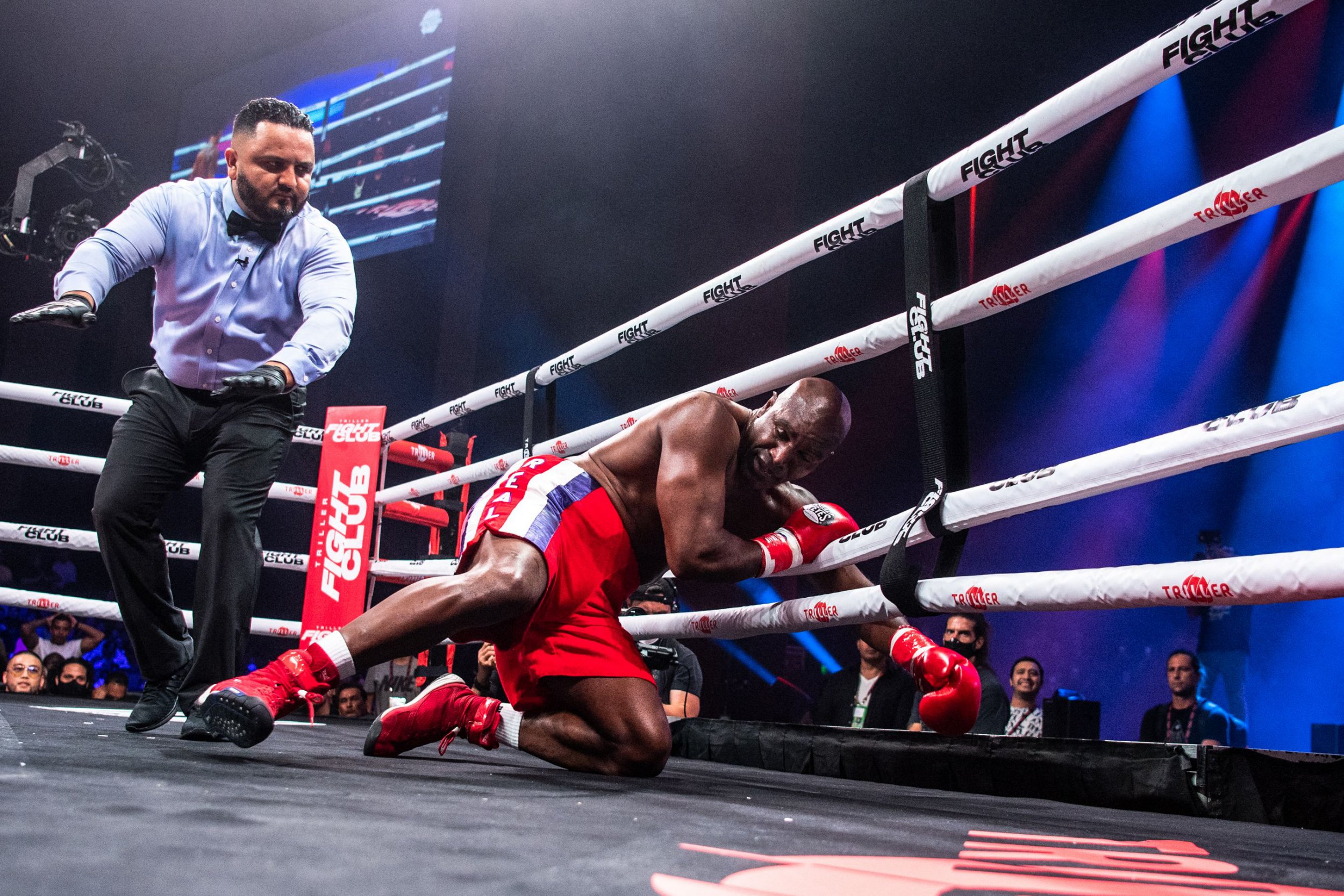 Evander Holyfield suffered a quick defeat to former MMA star Vitor Belfort in the first round of their PPV fight in Florida on Saturday evening.

The 58-year-old, who is a five-time world champion, agreed to be a late replacement for Oscar De La Hoya, who pulled out of the fight against Belfort after testing positive for Covid-19.

But Holyfield’s comeback lasted less than three minutes after he was knocked to the floor by Belfort before the fight was waved off by the referee.

Holyfield looked off the pace from the start of the fight and fell to the canvas in the early stages after his wild left hook missed Belfort and threw him off balance.

After getting to his feet, Holyfield was then hit with a swift uppercut by Belfort which sent him crashing to the floor once again.

Holyfield took a standing eight count but Belfort went on the offensive once again and after a flurry of punches the referee stepped in and called off the fight.

Vitor Belfortâs pressure proved to be too much for Evander Holyfield.

‘The thing is, there wasn’t a shot that hurt me real bad,’ Holyfield said after his defeat.

‘He was strong, and it was a shot that knocked me off balance. Then he went to close the show. No, I’m not hurt.

‘It’s kind of sad. I think it was a bad call. The referee shouldn’t have stopped the fight that quick.

‘The guy was strong, but when people have fast hands, I was trying to be on defence.’