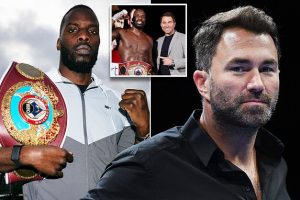 ‘I will never let someone take the p***’: Eddie Hearn says ‘everything was positive’ with Lawrence Okolie but blames the fighter ‘hanging around people who have no idea’ on the breakdown in their relationship

Eddie Hearn has hit out at Lawrence Okolie and blamed the WBO Cruiserweight Champion for the breakdown in their relationship.

The famously outspoken Matchroom Boxing promoter took umbrage with comments made by his fighter over social media, and claimed Okolie is ‘hanging around people who have no idea.’

‘Everything was positive until he started hanging around people who have no idea.’ Hearn told iFL TV. 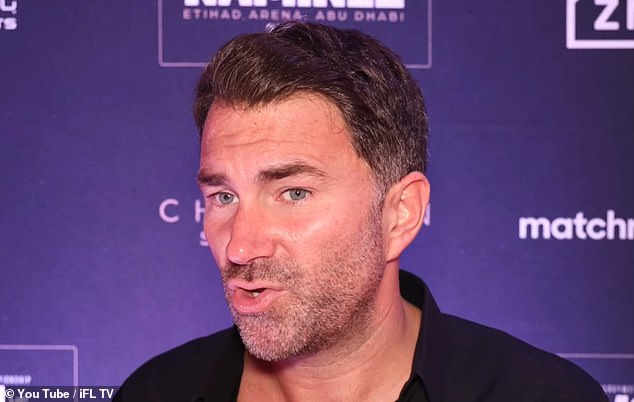 ‘The last thing we ever wanna do is go to court with a fighter, but I will never let someone take the p*** out of the loyalty/job we’ve delivered for them.’

Okolie caused controversy earlier this month by making several comments on social media that were perceived to be aimed at Hearn, who had served as the 29-year-old’s promoter since his professional debut in 2019.

Writing on Twitter, Okolie explained: ‘Can’t lie this year was turning me of boxing. Dirty, lying, narcissistic individuals who ‘run’ the sport. How I feel right now… reminds me that that’s a selfish outlook, our fights mean so much more to so many more people than ourselves.’ 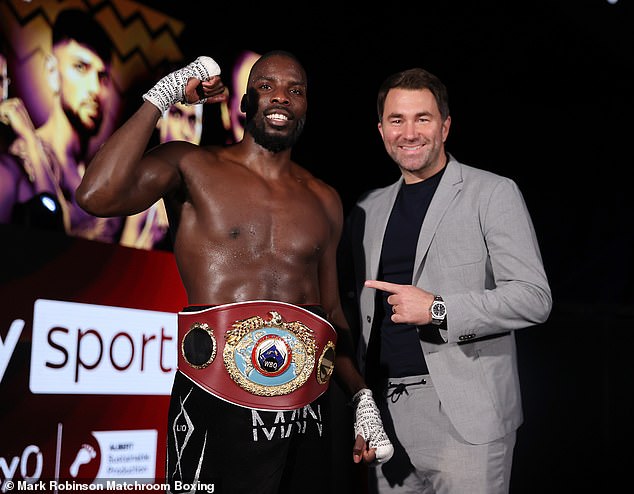 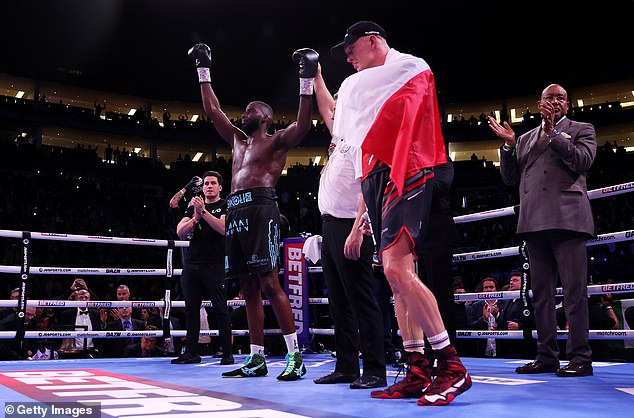 Okolie last fought in February, retaining his WBO title with a win over Michal Cieslak in London

Following Okolie’s comments a fan replied claiming that all the undefeated professional does is ‘moan’ and that he should focus on his career inside the ring.

Okolie responded cryptically, explaining that he will his side of the story in more detail at some point in the future.

‘I’ve seen 100s of fighters come and go, lose and pushed to the back or out. When it’s time for me to speak I will and I’m sure you’ll have a very different outlook.’

The former Team GB star last fought in February, when he won a unanimous decision against Michal Cieslak to retain his WBO belt for the second time.