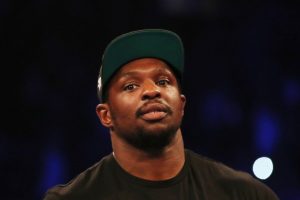 Joshua and Fury are finally set to battle it out in 2021 after sealing a lucrative two-fight deal earlier this week.

All that’s left to be sorted is the venue for their first encounter, with Saudi Arabia reportedly leading the race to stage it.

That eagerly-awaited clash could crown a first undisputed heavyweight champion in over two decades, as Britain’s two superstars currently hold every recognised world title in the division.

Oleksandr Usyk is expected to step aside as Joshua’s WBO mandatory challenger and take on another Brit, Joe Joyce, in the meantime.

While he is a unified heavyweight champion heading into it, many feel AJ is the outsider in a potential mega-fight with Fury.

The Gypsy King, who is yet to suffer defeat, is widely considered the No.1 heavyweight on the planet after dethroning WBC champion Deontay Wilder in dominant fashion last year.

But Whyte, who will regain his status as Fury’s WBC mandatory challenger by winning his rematch with Alexander Povetkin next weekend, cannot split his two rivals.

“There’s a case for both guys winning this fight, I think. Both guys showed a lot of versatility in their fights.

“Joshua had a loss against [Andy] Ruiz, Fury had a draw against [Deontay] Wilder.

“Then Fury came off the back foot, was aggressive and knocked Wilder out.

“And Joshua came off the front foot, got on the back foot and got a points decision against Andy Ruiz.

“You see what I’m saying? It’s hard, only true fans of each guy will say, ‘This guy’s gonna win.’

“It’s very hard, I don’t think no boxing purist would say, ‘This guys gonna win because of this.’

“The guys are showing different styles and different character in their game and stuff, so it’s very difficult to say who’s gonna win.