Home » Dereck Chisora vs Joseph Parker LIVE: Undercard updates with Taylor and Hatton on the bill

Dereck Chisora vs Joseph Parker LIVE: Undercard updates with Taylor and Hatton on the bill 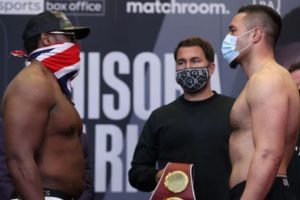 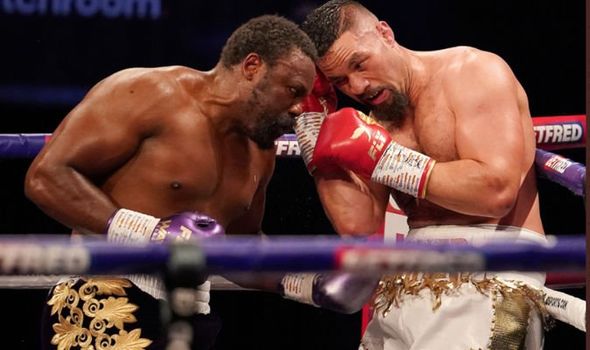 Dereck Chisora will finally get to step into the ring with former WBO heavyweight champion Joseph Parker two years after their initial bout was cancelled. However, this fight has also been up in the air over the past 24 hours as Chisora started packing his bags to leave the Matchroom bubble.

A row broke out between the two fighters over who would walk into the ring first. They both signed a contract which stated that the ring walk would be decided by a coin toss.

Chisora’s manager David Haye lost the toss and that sparked outraged from his fighter who was refusing to fight – that was until his mum stepped in.

Haye said: “Thankfully the voice of reason came in – Viola, Derek’s lovely mother, and she is the only person he actually listens to.

“I spoke to Viola about an hour ago and she said, ‘I told him he’s going to come to the ring first, like he promised, and that’s that.

“I talked to Derek, and Derek sort of agreed, yes he’s agreed that.

“The fight is 100 per cent on. Derek will be walking to the ring first as he should have done, because he lost the coin toss. We’ve got ourselves a fight.” 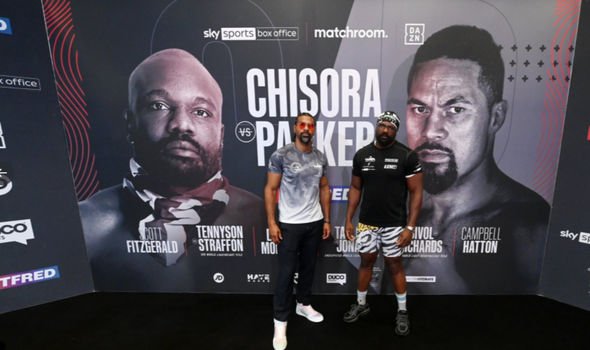 What time is the Chisora vs Parker fight tonight?

The undercard is set to get underway from 6pm on Saturday May 1.

Chisora and Parker are expected to make their ring walks at around 10.30pm.

The fight will be broadcast exclusively by Sky Sports Box Office.

The pay-per-view event will cost £19.95, with repeats showing at 9am and 4pm the following day.