Promoter Eddie Hearn will be “in a position of serious strength” to resurrect boxing, says UFC president Dana White.

The UFC staged a behind-closed-event last Saturday with two more shows to come this week, and boxing is also plotting its return from the coronavirus pandemic.

“Things have changed a lot and I really need to focus my business, but [boxing’s problems] can be fixed, and Eddie Hearn might be the guy to do it,” White told The Athletic. 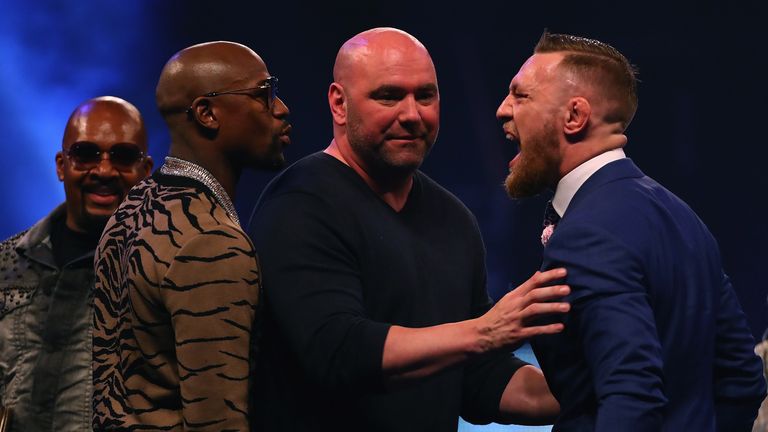 “The thing is just so fragmented, nobody wants to work together.

“When this pandemic is over, the strongest will survive. I don’t know who it’s going to be.

“Al Haymon is a brilliant guy, I like Al a lot, but the guy who is in a position of serious strength right now is Eddie Hearn.

“Eddie has some of the top guys in the world putting on these big heavyweight fights. I think Eddie is doing it right. When Eddie puts on a fight, he actually makes money. A lot of these other guys aren’t making money.

“He’s even more level-headed than I am. I can get crazy sometimes and snap and flip out – this guy is very level-headed and I actually like his style. He doesn’t really fight with anybody.

“We all hate each other, we’re always talking about each other, Eddie doesn’t really play that game. Dillian Whyte is expected to face Alexander Povetkin in a heavyweight battle behind-closed-doors as boxing plans to return “with a bang”, according to Matchroom promoter Hearn.

Katie Taylor and Amanda Serrano could collide in the “best women’s fight ever” on the same card, expected in July.