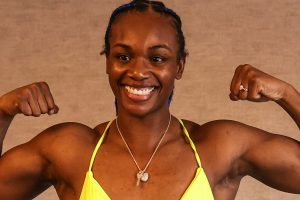 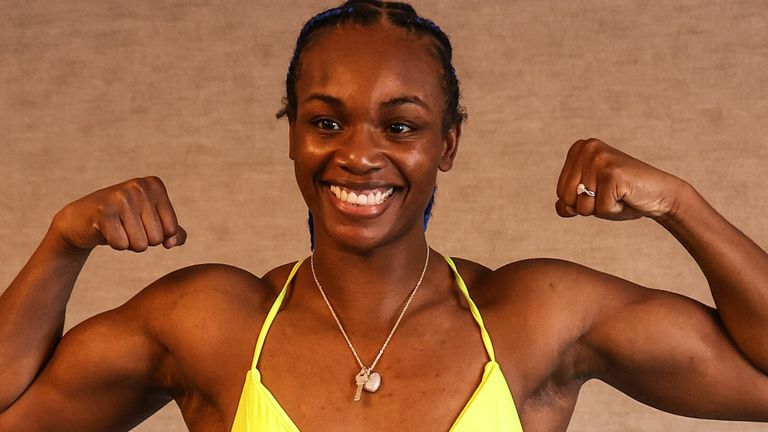 Claressa Shields was business-like in her final face-off with a smiling Marie-Eve Dicaire, 24 hours before a fight that would put her in the record books again.

Shields, already the first American boxer to win consecutive Olympic golds and a record-setter in becoming a three-weight world champion, will become the first undisputed titleholder of multiple divisions in the four-belt era if she wins on Friday night.

The tension at her weigh-in was broken by both boxers laughing at wearing the same yellow colours. 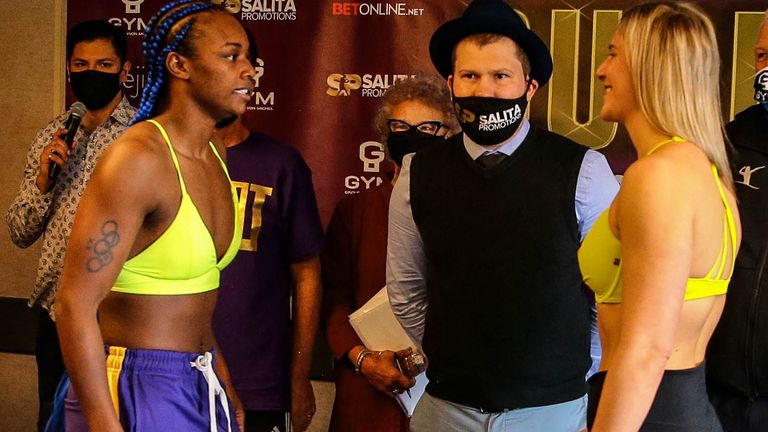 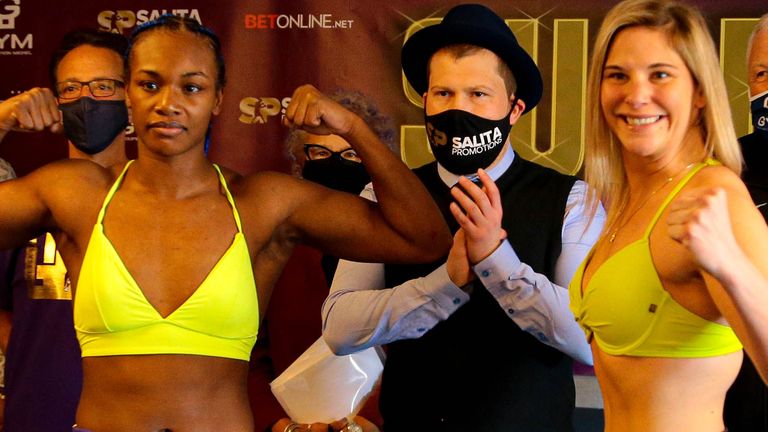 But while Dicaire continued smiling, Shields immediately resumed her poker face when they went eye-to-eye after weighing inside the super-welterweight limit.

Shields, already the undisputed middleweight champion, will own every belt at super-welterweight if she adds Dicaire to her perfect 10-0 record.

But Canada’s Dicaire is an unbeaten world champion in her own right – she has won all 17 of her fights, and is the defending IBF titleholder.

Shields is headlining an all-female card in her hometown of Flint, Michigan.

Can a female heavyweight rule the world?

Danielle Perkins is on the undercard against Monika Harrison in a heavyweight fight.

Perkins (196lbs/14st) is hoping to kickstart a marquee heavyweight division which would mirror the men’s weight category – there is currently no female champion.

But Perkins would pick up the WBC silver title against Harrison (202lbs/14st 6lbs) and be one major step closer. 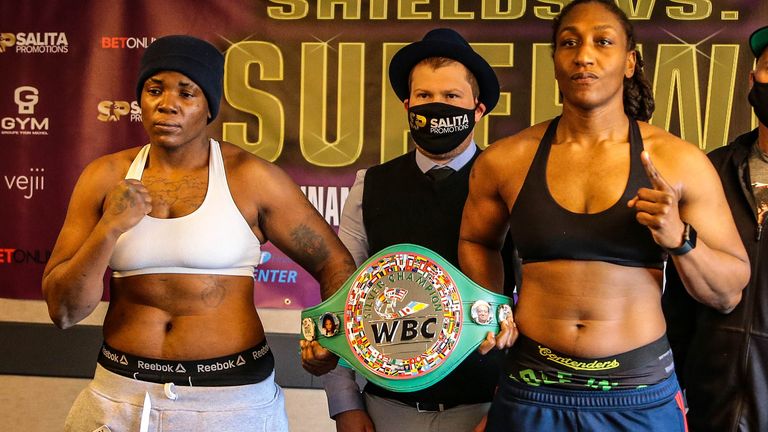 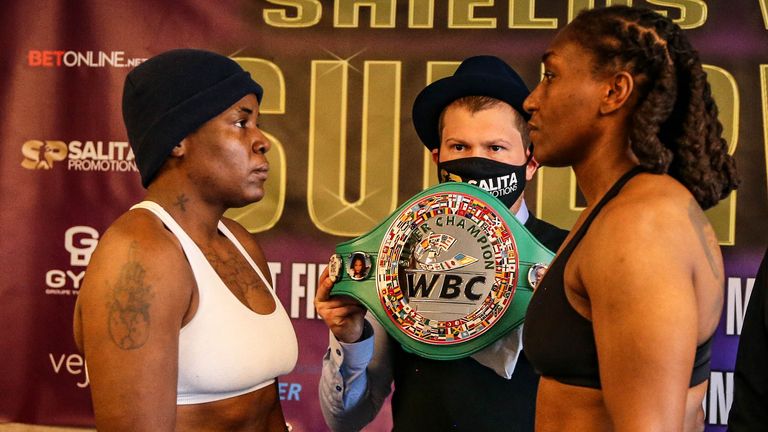 “I want to put my mark on the sport as a female boxer, and to sit on the throne as a female heavyweight,” Perkins told Sky Sports. “I want to invite anyone, everyone, who is athletic and strong to step into the ring and battle for the crown.”

Her advisor Mark Taffet added: “I believe a true female heavyweight champion, both in and out of the ring, would catapult women’s boxing and create intrigue and interest among a whole new generation of fans.

“Danielle Perkins is six feet tall, 200 pounds, is in tremendous shape, has outstanding boxing skills, and carries herself like a champion. She is the perfect woman to lead and fulfil the promise of a revitalised, prominent female heavyweight division.”

But the night belongs to Shields and her pursuit of more legacy.

An advocate for equality and a powerful voice on the George Floyd issue, Shields also said this week: “People underestimate me when I speak about how great I am.

“But if I didn’t say how great I am, no one in this room would have ever called me great because they don’t recognise it. Only the greats know that they’re great.

“If he had never said he was the greatest of all time, he would have never been considered the greatest. No matter what boxer comes along, nobody can get in front of Muhammad Ali. That’s how I feel about myself.

“Muhammad Ali is first, and Claressa Shields is second. I am the greatest woman of all time, and 98 per cent of men in the world can’t beat me.”