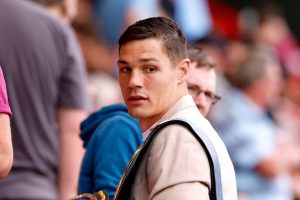 The first time Chris Billam-Smith went to see a headline act at Bournemouth International Centre he had to skip school to get tickets.

It was back in 2006 and he ignored his mum’s orders to ensure he got in to see Arctic Monkeys play live. But now he is the man in demand at the town’s big venue as he takes on fellow hopeful Isaac Chamberlain for the European and Commonwealth cruiserweight crowns tonight.

“My first ever gig was there in 2006, that was Arctic Monkeys for their first album,” he said. “I had to skive off school to get tickets. I asked my mum if I could leave school early to queue for tickets but she wouldn’t let me.

“I knew she was at work, though, I said I was ill and I got off early and went and queued up. There were always good memories there, never any bad memories and we will keep that going in this fight.”

Billam-Smith, 31, returns to action in Bournemouth for the first time since 2018 when he beat Kent Kauppinen at the O2 Academy in front of just 600 people.

Back then the talk of a world title fight was not on the agenda, even less so when he lost to Richard Riakporhe a year later.

But he has rebuilt with trainer Shane McGuigan and the crack at one of the belts in the division could be round the corner if he wins on Saturday night in front of 4,000 local supporters.

Can Chris Billam-Smith win a world title? Let us know in the comments section

Not since Freddie Mills reigned as world light-heavyweight champion in the 1940s has someone from the south coast town been at the top of the sport in the paid ranks.

“Not many know about him around the town because it was more than 70 years since he was world champion,” said Billam-Smith, who recently became a father but has to leave his wife and son to train in London every week. "There is history there from a long time ago but it is time now to write a new chapter.”

Billam-Smith’s rise has been down to his ambition to take on tough domestic challenges. Straight after his loss to Riakporhe, he jumped at a chance to take on Craig Glover. Then he had two fights with Ireland’s Tommy McCarthy in which he came out on top to become European champion.

Now the 15-1 pro faces Brixton's Chamberlain, a cruiserweight who had an earlier career defeat as well and is looking to shake off the unfancied tag and become a big name in the division.

Billam-Smith added: “What is the point of being in boxing if you’re just having easy fights? You don’t get a sense of achievement by winning those.”