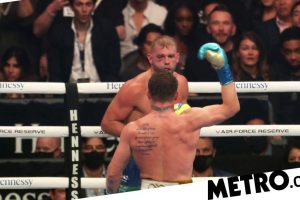 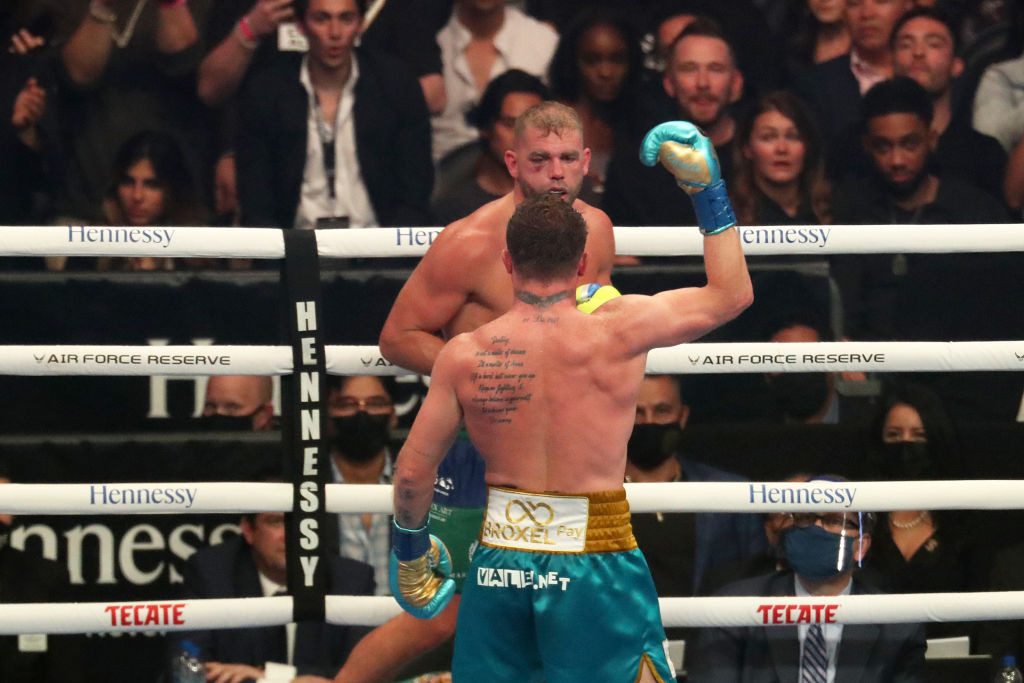 Saul ‘Canelo’ Alvarez believes it was the ‘correct decision’ for Billy Joe Saunders to not rise from his stool after stopping the Briton in their title fight.

Canelo produced a devastating right uppercut in the eighth round that signalled the end of Saunders’ brave challenge in Arlington, Texas.

With his right eye quickly swelling shut, the fight was waved off before the start of the ninth with Saunders seen leaving the AT&T Stadium in an ambulance with a suspected fractured orbital bone.

While Saunders enjoyed success in the mid-round, Canelo insisted he knew the fight was over the moment it connected with the telling shot.

He told DAZN post-fight: ‘I knew it. The truth is I knew it. I think I broke his cheek and I knew he wasn’t going to come out.

Speaking to IFL TV as he left the stadium, Canelo added Saunders’ corner made the right decision in pulling their man out.

‘I broke the eye socket. It was dangerous for him. It was the correct decision.

‘He does not want to fight anymore. His corner stopped the fight, not the referee.’

Canelo now has his sights on IBF champion Caleb Plant with hopes of unifying the 168lbs division.