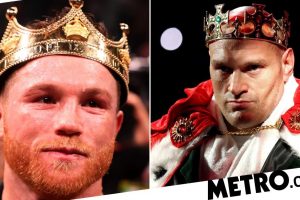 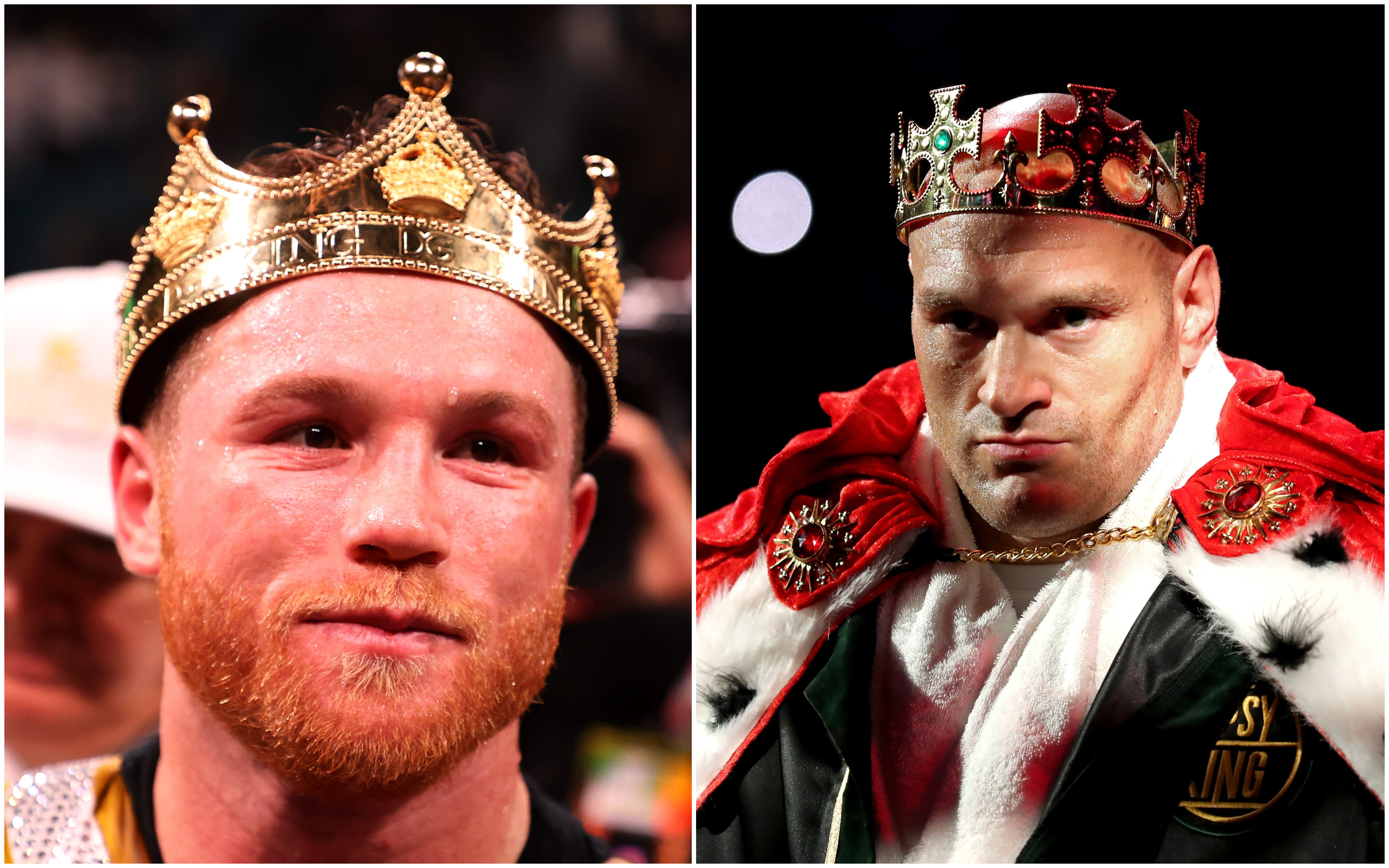 Saul ‘Canelo’ Alvarez says he is very unlikely to move up to heavyweight to take on the likes of Tyson Fury and Anthony Joshua.

The Mexican superstar is already a four-weight world champion and became the first man in history to unify the super-middleweight division with his victory over Caleb Plant earlier this month.

The 30-year-old will now jump up two weight divisions in a bid to become world champion at cruiserweight, with a bout against WBC champion Ilunga Makabu now officially ordered by the governing body.

Cruiserweight is boxing’s final weight class before heavyweight with only a small number of fighters successfully making the jump between the two with Evander Holyfield, David Haye and Oleksandr Usyk winning world titles in both divisions.

While he has risen up in weight seamlessly thus far, Canelo admits moving up to boxing’s blue-riband division could prove difficult – although opted against ruling it out completely.

‘I am very happy to keep making history, to keep looking for challenges, it is a dangerous challenge but I love that kind of challenge,’ Canelo said.

‘A year ago I said no cruiserweight and here we are, so I don’t think so (to reach heavyweight) but with Eddy I don’t know sometimes. I don’t think so. It’s not a possibility, my body is not up to it.’

‘They want to dare to be great which is tremendous for the sport.

‘The Makabu fight is a cruiserweight fight that would give him another world championship victory, would get a lot of people talking as it did last night, and I think it’s a good option for him.

‘Listen, he could move up and fight at heavyweight. I mean, Usyk’s not a massive heavyweight, Trevor Bryan is a world champion as well. Can he compete against those guys?’