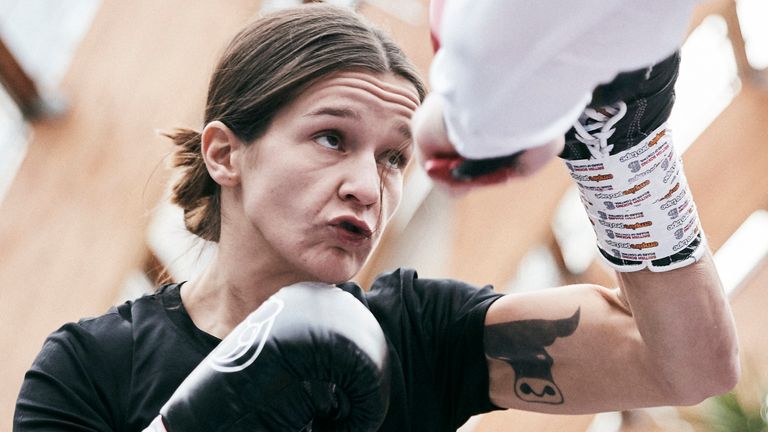 Terri Harper wants to prove she deserves to share a ring with the likes of Katie Taylor by winning the WBC super featherweight title on Saturday.

Harper has racked up nine straight wins in just over two years as a professional but will face a huge step up in class when she challenges Eva Wahlstrom on the Kell Brook-Mark DeLuca bill, live on Sky Sports.

Victory could help secure the 23-year-old from Doncaster a dream showdown with idol Taylor, but Wahlstrom has experience on her side, with her sole defeat in 26 fights handed out by the Irish superstar on points when stepping up in weight.

“The camp has flown by, 12 weeks of my life dedicated in the gym over Christmas, over the New Year, and it will all be worth it Saturday night, going home with the WBC strap,” said Harper.

“It’s crazy what’s happening in my life, honestly. The Katie Taylor fight, that you [Eddie Hearn] said I could possibly fight and it’s something that I believe could happen now. 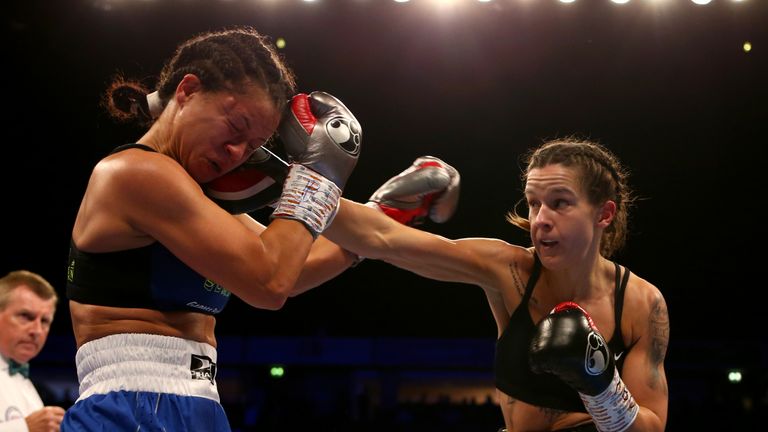 “Eva’s got the experience over me. She’s shared the ring with Katie Taylor, pound-for-pound one of the best female boxers on the planet.

“So it’s like the saying ‘not running before you walk’, I’ve got to prove myself on Saturday night and that I belong here.

“These are the fights that need to be shown on TV and female fights on every bill. Wahlstrom, who is Finland’s most successful boxer, will be making the sixth defence of the WBC title she has held since 2015.

“I think it will be a really good fight, maybe quite even, maybe we’ll see,” said the 39-year-old.

“A think it’s a fun fact that Terri is as old as I have been boxing, I’ve been boxing for 23 years, so we’ll see how it goes.”

“Claudio Marrero brings a lot to the table, very well-seasoned, from good pedigree, he can box, he can punch and I’m ready,” said Sheffield featherweight Galahad.

“I know it’s going to be a very, very hard night for me on Saturday, night but I believe it’s my time.”

Galahad, who lost a split decision to IBF champion Warrington in June last year, knows victory is essential against Marrero if he is to keep alive his world title dreams.

“It is a must, if I don’t win you’re going to push me to the side,” Galahad said to promoter Eddie Hearn. 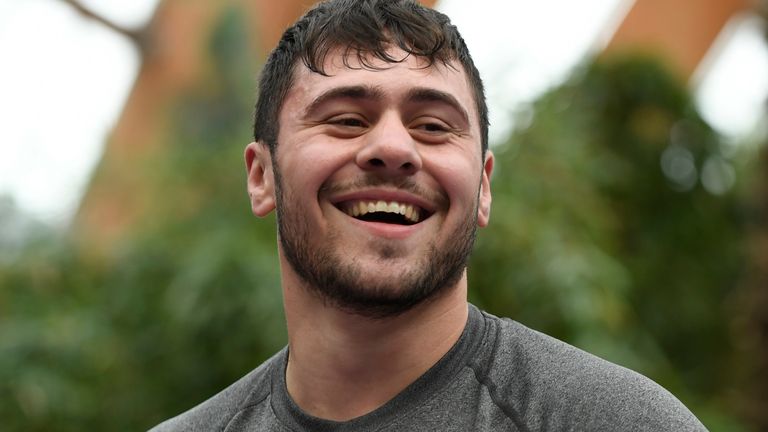 Dave Allen “went through hoops” to appear on the same Sheffield show as friends Anthony Tomlinson and Terri Harper.

Allen will be back in action against Dorian Darch after suffering a stoppage defeat to domestic rival David Price in his last fight in July.

“I’ve been running through hoops,” said Allen. “I just wanted to be on his show to be with Ant really,” said the popular Doncaster heavyweight.