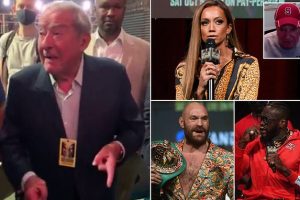 Bob Arum has admitted he was ‘completely wrong’ for his explosive outburst at Kate Abdo.

The veteran boxing promoter delivered an expletive-ridden rant about the British broadcaster after she was told to arrange a face-off between Tyson Fury and Deontay Wilder during the press conference before their fight.

Arum, who is Fury’s promoter, also claimed that Abdo apparently showed favouritism to the Bronze Bomber during the press conference. 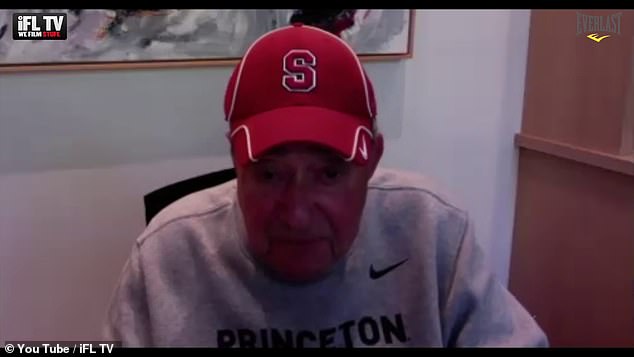 In an interview with iFL TV, Arum said he shouldn’t have directed his anger at Abdo for doing what she was told to do.

He said: ‘As far as Kate is concerned, I was completely wrong. We had made a deal with the producer televising the weigh-in and the deal was made on behalf of Top Rank and PBC and the producer agreed no stare-down.

‘And when she called for a stare-down, particularly after seeing the animosity, verbally, at that press conference, I exploded but it wasn’t her fault. 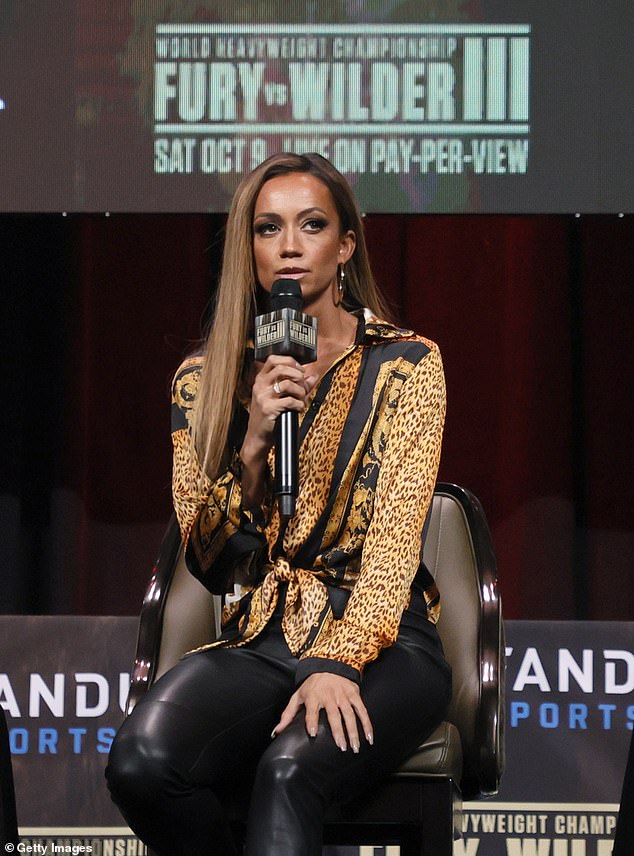 ‘The producer reneged and she gets the instructions in her earpierce and she was told to order the stare-down.

‘She is a terrific commentator, terrific reporter and she wasn’t the one I shouldn’t have directed my ire so I was completely wrong.’

Fury and Wilder, who have squared up to each other in previous press conferences, were preparing to face-off once again after Abdo suggested so, with the Gypsy King even putting down his microphone in preparation. 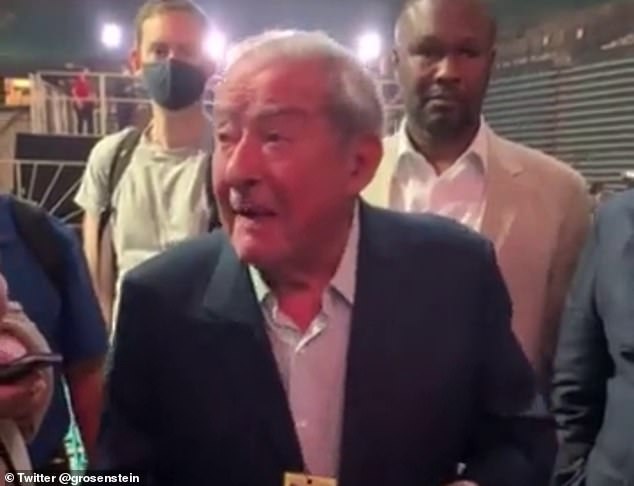 Arum who is Fury’s promoter, also accused Abdo (centre) of favouritism towards Wilder

But Abdo stopped in her tracks while finishing her presenting job on the press conference and said: ‘No, I apologise, we’re not going to do it, no. Bob Arum says no.’

Arum was heard shouting from the press conference audience: ‘Not a good idea!’

The American lawyer and boxing promoter was then caught making an expletive rant about Abdo after the press conference had ended.

‘They bring this woman in from the UK and she’s slanting all the press conference to Wilder,’ Arum shouted. ‘Like I don’t give a damn, but it’s obvious what she was doing!

‘And then, she knew that the understanding was: no face-off. Tom Brown argued with Fox, no face-off. We said, “No face-off”. What does she say? “Now we’re going to do a face-off?” 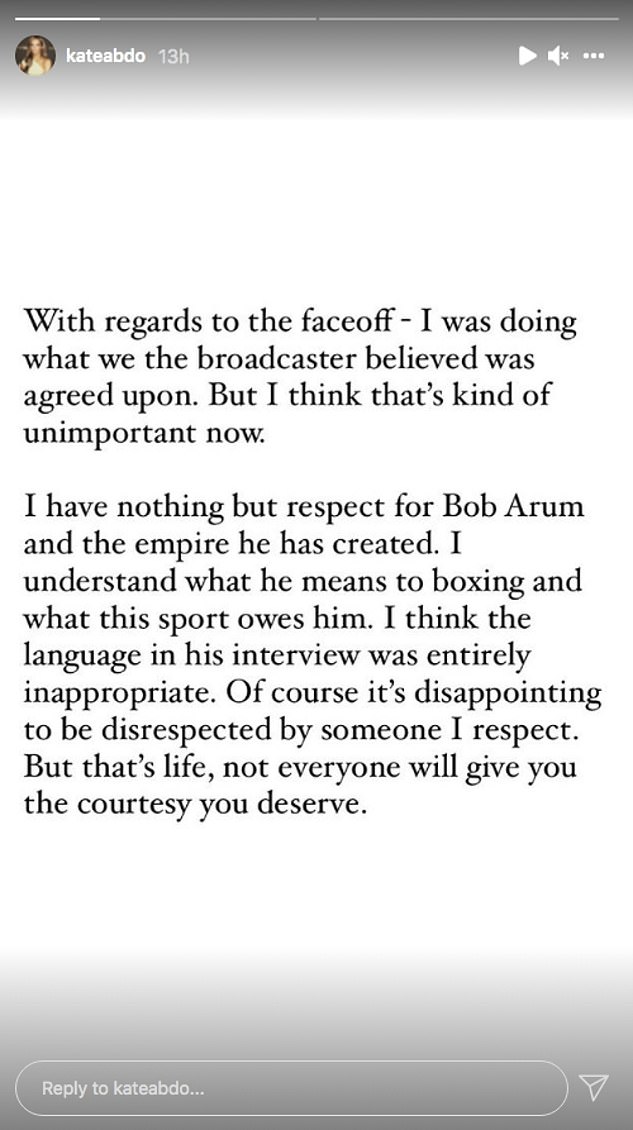 She responded to Arum’s comments on social media labelling Arum’s foul-mouthed rant at her as ‘entirely inappropriate’.

Abdo wrote on her Instagram story: ‘With regards to the faceoff – I was doing what we the broadcaster believed was agreed upon. But I think that’s kind of unimportant now.

‘I have nothing but respect for Bob Arum and the empire he has created. I understand what he means to boxing and what this sport owes him. I think the language in his interview was entirely inappropriate.

‘Of course it’s disappointing to be disrespected by someone I respect But that’s life, not everyone will give you the courtesy you deserve.’