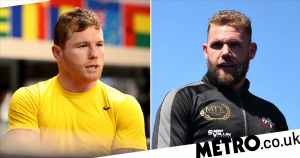 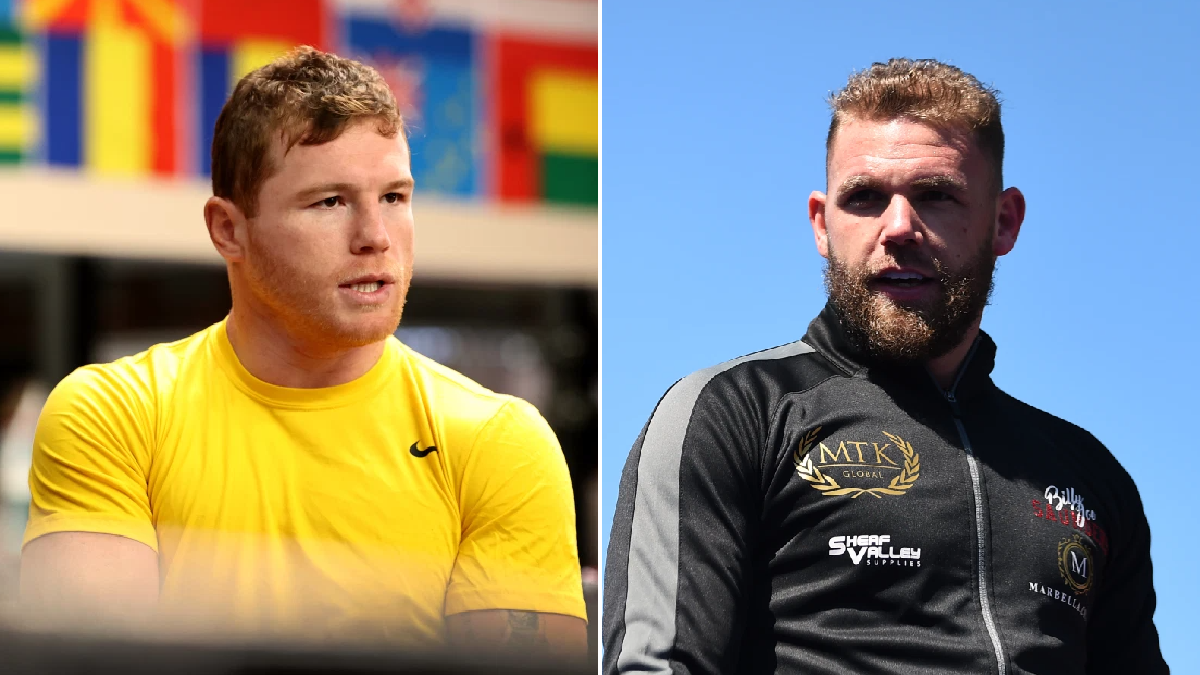 Billy Joe Saunders has allayed fears he could pull out of Saturday’s massive fight with Saul ‘Canelo’ Alvarez and says his issues with the size of the ring have now been resolved.

The Brit threatened to fly home from Texas because he was unhappy with the ring dimensions and then refused to turn up to Tuesday’s media head-to-head with Canelo, the first event of fight week before their world super-middleweight title unification fight.

Saunders’ father even claimed the fight was off due to the ring being smaller than was contractually agreed upon while compatriot John Ryder was drafted in as a potential last-minute replacement.

But the blockbuster fight at the AT&T Stadium will go ahead as planned with Saunders confirming that Canelo and Matchroom promoter Eddie Hearn had caved in to his complaints over the ring.

Speaking on social media from his hotel in Dallas, Saunders said: ‘Hi there people, I just want to say I’m pleased the issue is sorted.

‘Because as you can see I tagged Eddie Hearn and Canelo on the last [Instagram] video and the ring is not a problem.

‘So thumbs are up, chilling back watching a few films. Eddie, get the ring in mate.’

Mexican superstar Canelo was never concerned by Saunders’ threat to walk away and was always adamant the fight would go ahead, while he is completely unphased by the tweak to the ring dimensions.

‘I don’t care about the size of the ring. I’m just going to going there and do my job,’ he told the media after Saunders’ no-show.

‘It’s not the only excuse he’s had. He’s had plenty of excuses.

‘He has to fight on Saturday. The fight is going to happen. That is not a problem.’

Saunders has also aired concerns over the judges for Saturday’s fight, with three Americans chosen despite the 31-year-old’s hopes that a Brit could be involved, though Canelo is adamant the judging line-up does not favour him.