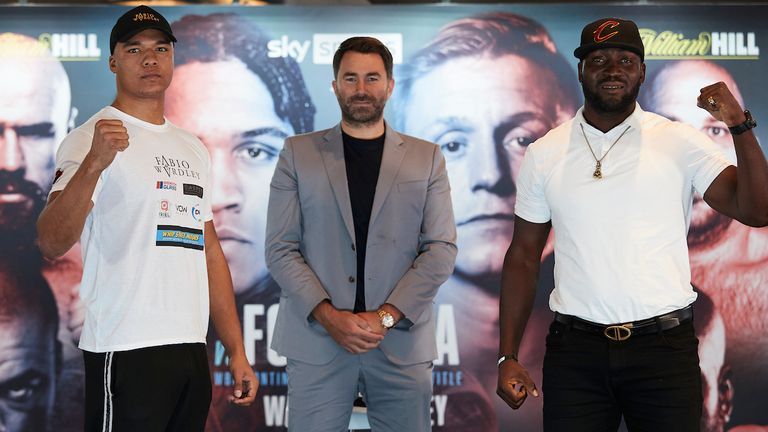 Fabio Wardley admits Richard Lartey wants his jaw, but the British heavyweight has vowed to prove himself as ‘a real contender’ with a knockout victory.

The undefeated 25-year-old faces Lartey this Saturday on the Conor Benn-Sebastian Formella bill, live on Sky Sports, as Wardley attempts to rise further up the rankings following his English title win in the summer.

Lartey proved his toughness by going the full 10 rounds with Nathan Gorman, while he also engaged Daniel Dubois in a reckless shootout. 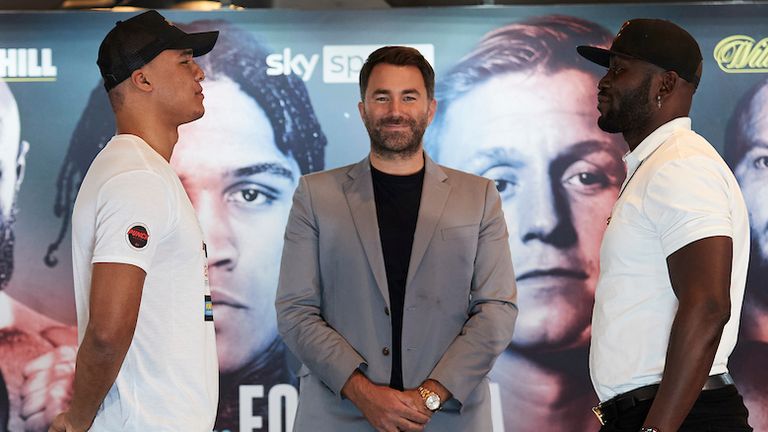 “I’m always ready for the step-up,” said Wardley. “This is another fight on our progress of me moving forward, proving that the different tests you throw at me, the different types of opponent, whatever they may be, that I can overcome them.

“Obviously prove that I’m a real contender for the division, that I’m here to do some damage and make some waves.

“You’ve seen in his previous fights, he was more than happy to stand there and go toe to toe with Daniel and try and take his jaw and he’ll be doing the same with me.

All the important issues are being discussed at today's press conference.

We can confirm it is 'No Lartey, no party' 😆 pic.twitter.com/IacF92OSNS

“I’ve got to be switched on, I’ve got to be paying attention, and as long as I stick behind my game plan, I can always get them out of there.”

But Lartey, with 11 knockouts in 14 wins and three defeats, is confident that he can produce a stunning upset.

“I know definitely something massive and positive is going to come on Saturday night,” he said.

Watch Fabio Wardley against Richard Lartey on the Benn vs Formella bill on Saturday, from 7pm on Sky Sports.