Eddie Hearn has opened up on Joshua’s ‘very lonely’ world ahead of his rematch with Oleksandr Usyk. AJ lost his world heavyweight crowns in September of last year after a shock defeat to the Ukrainian in London.

Now, after much deliberation the Englishman has his chance for revenge with their rematch set to take place in Saudi Arabia later this month. Joshua is of course sticking by a strict regime in preparation, however, Hearn has revealed it can get quite lonely for the 32-year-old, especially since his defeat 10 months ago.

The famed promoter told GQ: “There’s a lot of pressure in AJ’s world. I feel like he’s lived in this bubble for a long time. AJ doesn’t go out, really. He trains. He goes back to one of his houses. He sees his mates, does a bit of motocross, plays a bit of FIFA. But that’s it.

“When you live in that world and you suffer defeat, it’s very lonely. Everyone turns on you. The adulation that you received from the public turns to ‘oh you lost mate, you ain’t actually that good, you’re useless.’ And I feel that he’s a very proud man. 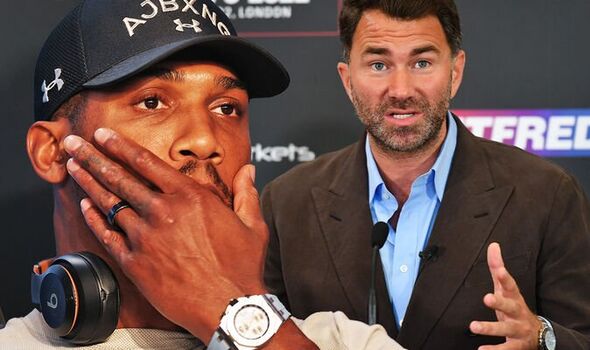 “But I had several meetings with him almost immediately after, and he is one of those people who just wants to put it right.” There is no doubt the Englishman will be looking to do just that when he steps in the ring a second time round, as he looks to make his way back to the top of the heavyweight division.

Since his defeat there has been a feeling of decline around Joshua’s reputation, especially with fellow English heavyweight Tyson Fury seemingly taking the pedestal as the country’s  – and the sport’s – biggest name. Hearn though still believes the pull of AJ is much bigger than that of his heavyweight counterpart.

DON’T MISS
Anthony Joshua vs Tyson Fury ‘WILL happen’ even if AJ loses to Oleksandr Usyk again
Jake Paul makes £1.7m pledge as message sent to Eddie Hearn in bid to land fight
Chris Eubank Jr calls out Jake Paul and offers to ‘save’ him after fight cancelled 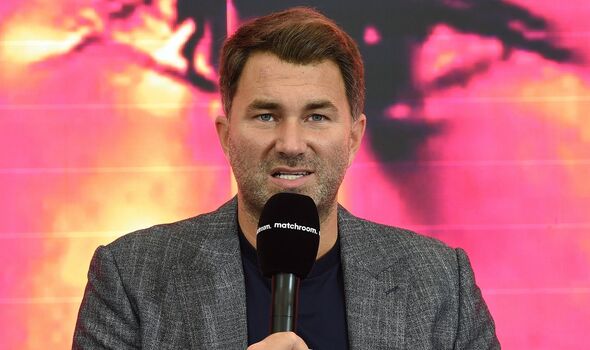 He went on: “Tyson Fury isn’t the biggest draw in boxing. AJ still is. But yes, [Fury’s] a huge star.” His comments came after Hearn was discussing the possibility of representing the Gypsy King, and whilst it has not materialised since Joshua’s rise, the promoter has not ruled it out.

“I am loyal to AJ, and I think Fury knew that when I was discussing signing him when he was 400lbs,” Hearn added. “He knew AJ would be my No 1, and that would have been difficult. But you never know what could happen in the future.”