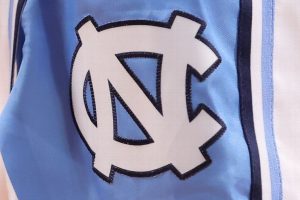 The Tar Heels bring back four starters from the team that made a run to the national championship game before falling to Kansas, and they also add Northwestern transfer Pete Nance, one of the top players in the portal. Indiana also welcomes back four starters from an NCAA tournament team, and Mike Woodson signed two five-star recruits to bring into the fold.

North Carolina is No. 1 in ESPN’s latest Way-Too-Early Top 25, while Indiana is No. 14 and the highest-ranked Big Ten team.

The other marquee matchup on the schedule is Ohio State’s trip to Duke, a rematch of last season’s Challenge game — but it will be Jon Scheyer on the Blue Devils’ sideline this time around, with the first-year head coach replacing Mike Krzyzewski. Duke has the nation’s No. 1-ranked recruiting class, while Ohio State signed four ESPN 100 prospects and three top-100 transfers.

There are two other matchups involving a pair of 2022 NCAA tournament teams: Rutgers at Miami and Michigan State at Notre Dame. Purdue’s trip to Florida State features two teams annually in the conference championship conversation.

The Big Ten has won three straight Challenges, although the ACC still leads the all-time series, 12-8-3. The ACC won the first 10 Challenges before going seven years without winning one. The Big Ten won last year’s competition, 8-6.