Home » Basketball » \”They shot him in the head and set him on fire\”: How Kings import took right path

\”They shot him in the head and set him on fire\”: How Kings import took right path

They shared the same name, lived in the same zone in the same Brazilian city, and played on the same basketball team. Marcos was three years younger than his good friend, who is better known as “Didi”, and when they weren’t playing, they were at the Louzada household along with other members of the team.

“Our house was always full of kids,” says Rosane Assunta Louzada, 56, Didi’s mother. “It was a project to help kids to come from the street. It was beautiful.”

Brazil is just that — beautiful — but it is poor and it can be dangerous. The wrong path is easily taken.

Three years ago, when Marcos was 14, he stopped playing basketball and started working as an Aviaozinho, a drug courier. The “little aeroplane” takes the drugs to the buyer and then brings the money back to the older drug dealer, who has eliminated the risk of being caught by police.

One day, Marcos didn’t come home. He was kidnapped, tortured and sexually abused.

“They shot him twice in the head and then threw fire on him,” Didi, 20, explains. “After he stopped playing basketball, he went down a bad path. I was sad but I was grateful because I chose the right path.”

That path has taken Didi a long way from the rough streets of Cachoeiro de Itapemirim, a city of 210,000 people in south-west Brazil. 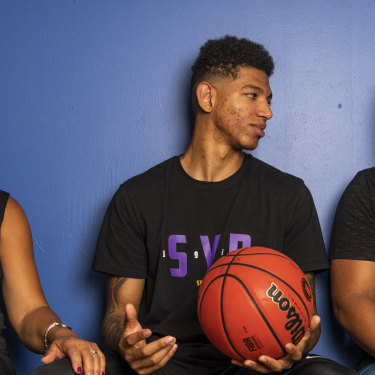 And it also takes him here, to the wooden seats at the nondescript Auburn Basketball Centre after Kings practice on Tuesday, where he sits happily alongside his translator, “JP”.

“I don’t feel like this is all weird for me,” Didi says. “My English skills are getting better. I’m highly impressed with the league. I have a lot of respect for it. I love this country, the food, the people …”

Is his head already in the NBA, though, where he’ll rumble with teenage idols LeBron James, Kevin Durant and Russell Westbrook while making millions of dollars?

“No,” he says. “I am concentrating on here right now.”

Over there, on the other side of the court after practice, is Rosane and his brother, Joao Pedro, who is three years older than Didi and the person who convinced him to start playing basketball when he was seven.

“My idol,” Didi says of his brother.

He lifts his shirt to reveal a tattoo of the number seven on his torso.

Didi’s arms are covered in ink, featuring lions and tigers and also the name “Maria”, his grandmother who helped raise him after Didi’s father walked out on the family when he was a young boy.

But the Seven is different. That’s the number his brother played in until tragedy struck in 2009, when Joao Pedro went to the doctor for a routine round of vaccinations, suffered an allergic reaction, and almost died.

He wasted away to 35 kilograms and for three years couldn’t get out of his hospital bed unless Rosane helped him.

“It was really, really hard,” she says. “I had to take him to the bathroom, give him a shower, put him on my lap and carry him around. Three years when I couldn't leave the hospital, Didi would stay with my mum. He’d phone me and say, ‘Come home, mum’. Today, when I talk about, it’s emotional for me."

As Joao Pedro lay in hospital, Didi made a promise to him: “We will accomplish our dreams — I’ll take care of you and our mother.”

Joao Pedro made a full recovery, but those years of being confined to a hospital bed and then another two in a wheelchair robbed him of seeing his brother’s career explode. 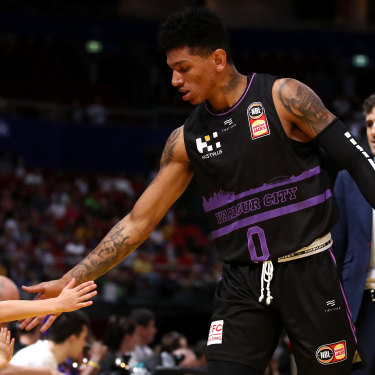 "But, in the games that I watched, I could see that he was amazing," he says. "He was always telling me that whatever I couldn’t do, he would do for me.”

The trajectories of Didi Louzada, the reborn Sydney Kings and a rising NBL have intersected at the perfect time. The Next Stars program has been a game-changer for the league, allowing the likes of Louzada, Illawarra Hawks’ LaMelo Ball and the New Zealand Breakers’ RJ Hampton to prepare for the NBA in a tough, physical league full of experienced veterans.

“We have kids with big dreams who are young, who have chosen to be with us because they feel it’s a way to take a big step towards those dreams,” Kings coach Will Weaver says. “They’re all sacrificing in different ways: taking less money, playing a smaller role in a good team, trying to figure out ways to fit in.”

Weaver knew he and the Kings were onto a good thing with Didi after speaking to Pelicans general manager Trajon Langdon, who he worked with at the Brooklyn Nets. 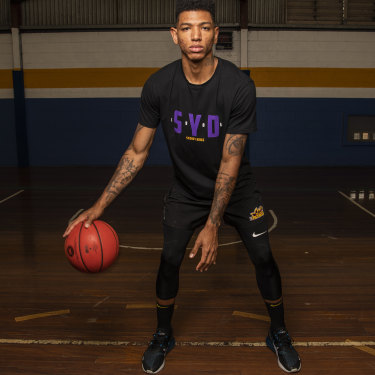 “I know those Pelicans guys really well,” Weaver says. “They were impressed with his make-up, his play, his preparation. He sees the game much differently to players his age. It’s rare to find a 20-year-old who thinks about the game through a defensive lens.”

Weaver witnessed in August as an assistant coach for the Boomers at the World Cup, when Didi was “bullying” older players in a Brazilian team that didn’t progress far in the tournament.

Physically, he doesn’t look that imposing, even if he is 195 centimetres tall. But his wiry frame, defensive awareness and just pure athleticism gives him real presence on the court.

And when he gets going from beyond the three-point line, like he did against Perth in November when he scored 25 points, roaring at the 10,000-strong home crowd while puffing his chest out with each basket, it’s infectious to watch.

As Weaver talks, Didi is still on the practice court working on his outside shooting.

To see the difference between where we live, and here, I cannot explain. These three months have been the best of our lives.

“We call it ‘Vitamin’,” Weaver explains. “You take it every day because it’s good for you.”

As Didi moves around the arc of the three-point line, a garbage bin is placed behind him.

“He needs to keep his balance,” the coach continues. “The trash can behind him is there so he can’t fall backwards. Sometimes, he has a tendency to fall backwards with his shot. Because he has that tactical reminder, he’s more conscious of it."

Weaver describes Didi’s shooting as “gravy”, some extra sauce on the side, because his defensive game is so strong. But his greatest attribute, he says, is his temperament.

“The Pelicans put a premium on that ‘neck up’ stuff,” Weaver says. “They talked to the people who spoke to his family in Brazil and not one single person had a negative thing to say about him. A ‘me first’ guy would not work at the Kings.”

The Pelicans can call Didi into the NBA at any time, although Weaver says they have given no indication they’ll do that as the Kings make their run toward the championship.

Sydney were 11-1 heading into Friday night’s match against the Wildcats in Perth. They host Cairns at home at Qudos Bank Arena on Sunday.

Rosane and Joao Pedro return to Brazil next week, although they may come back if Sydney wins the championship as many have predicted.

It’s only the beginning of their journey, one which will continue in New Orleans next year.

Consider what that could mean: in his first year, as an NBA rookie, Didi will make US$1million ($1.4million). After that he’s likely to reel in more than US$5million ($7.3million) over the next three years.

This season, he’s making about $100,000 in salary and benefits under the Next Stars agreement. That’s been life changing for Didi and his family.

In June, his grandmother Maria passed away. A month later, Didi was drafted to the NBA.

“That’s the moment our lives just turned around,” Rosane says. “I could not explain it. To see the difference between where we live, and here, I cannot explain. These three months have been the best of our lives. I thank God. We are living moments I thought I never believed could happen.”

Did she ever fear her son would take the wrong path? That he could’ve ended up in jail, where some of Didi’s friends are now? Or worse still like his late friend Marcos?

“No, I always fought for him to have a good education,” Rosane says. “Even when I was cleaning homes, which I did for a long time, my father left me with character and that’s something that I taught by boys at home. We try our best. That’s just who we are.”