Team USA coach Cheryl Reeve wants her players to receive a little extra credit for how they are handling the rapid transition from their WNBA season into defending their FIBA Women’s World Cup title.

The USA opened their attempt at an 11th World Cup with an 87-72 win over a highly rated Belgium at the Qudos Bank Arena in Sydney on Thursday despite having only nine available players, two of whom arrived in Sydney on Wednesday morning. 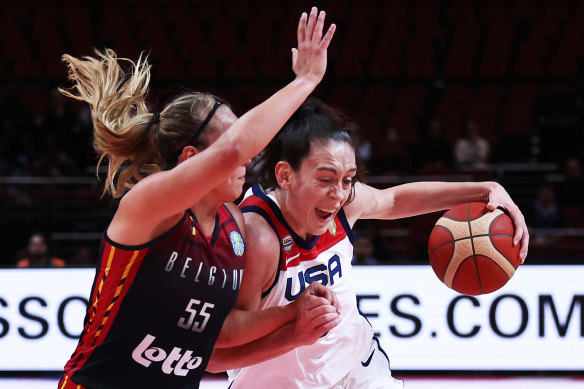 Three of the USA’s biggest stars in WNBA MVP A’Ja Wilson, Kelsey Plum and Chelsea Gray are all still completing their celebrations after leading the Las Vegas Aces to their first WNBA title on Tuesday. They may arrive in Australia in time for Friday’s clash with Puerto Rico.

Reeve is happy despite a disrupted preparation as players were knocked out of the WNBA play-offs and headed Down Under.

American superstar Breanna Stewart top-scored with 22 points, Jewell Lloyd added 14 points and so did Alyssa Thomas, who only joined the team on Wednesday morning after her Connecticut Suns lost to the Aces in the season-decider.

Reeve said her side’s performance showed the resilience of the world’s elite players who swing between two seasons each year, playing in the WNBA during the US summer and in Europe or China for the other half of the year, as well as in major international tournaments.

“I would say professional players, WNBA players, don’t get enough credit for how well they transition from playing overseas to WNBA play and then to international play and with so little time to get things figured out,” Reeve said. “I’m always impressed by that.”

Stewart said it was often hard emotionally to have your WNBA season end in defeat and then almost immediately adjust to the different rules and the style of international play.

She also praised Thomas and centre Brionna Jones, who played important minutes without having any training time.

“It’s like having to transition from your WNBA team to the USA team and do it in a matter of seconds,” Stewart said. “You don’t get to feel those feelings after your season has ended so I really appreciate AT and Bri getting over here as soon as possible and what they did today. They were productive.

“That is what we are used to. For our overseas teams, for the WNBA and USA – this is our schedule and our career, it is a constant grind, but we just put on the next jersey and keep on going.”

Reeve hopes to have her full side as soon as possible.

“We have a group, similar to Alyssa and Brianna in that they will get here in the morning and figure out what kind of shape they are in,” Reeve said of her Aces players.

“When they get here, we will incorporate them. Otherwise, we’re happy with what we are doing.” 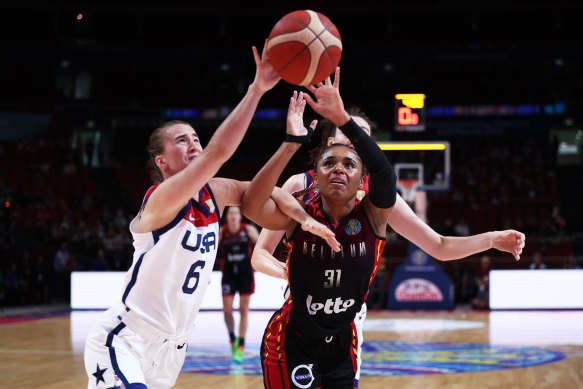 Puerto Rico was tipped by several judges to struggle to win a game at this year’s event, but the island nation caused a big shock on Thursday thrashing Bosnia and Herzegovina 82-58.

Canada showed they will be a team to beat in Australia’s group with a 67-60 win over Serbia, the fourth-placed team at the Tokyo Olympics.

The Opals play France at 8.30pm on Thursday night.