Home » Basketball » The moment Lauren Jackson feared her comeback was over, and why she’s absorbing every second

The moment Lauren Jackson feared her comeback was over, and why she’s absorbing every second 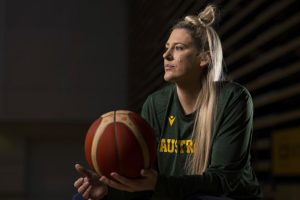 Lauren Jackson was feeling like the best player in the world again.

Her shots were falling, the ball was flying around the court, and that old feeling was coming back – the feeling that no one could stop her. 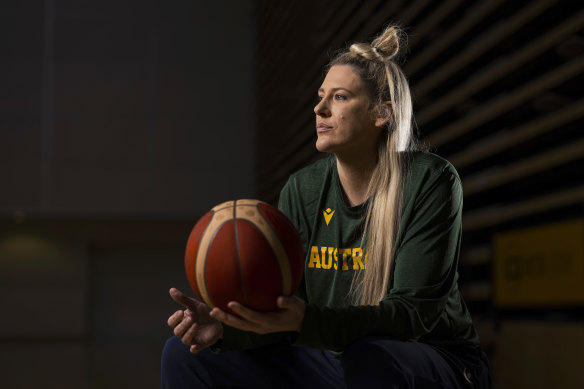 Lauren Jackson is back in the Opals squad.Credit:Getty Images

Jackson may have been the oldest player on the court by a decade, or even two, but as the shots started falling, her tongue started wagging. What good is being called the greatest player of all time if you can’t tell your Albury-Wodonga teammates about it at training on a Tuesday night?

But then the 41-year-old took a couple of hard steps to the basket and felt something go in her foot.

She was seven or so months into the most unthinkable of comebacks, one that started with the modest aim of regaining some fitness, but now has her on the verge of playing in her fifth FIBA Women’s World Cup later this month.

That injury came just a week before the NBL1 season, and suddenly Jackson felt like her basketball career was over for the second time.

“I was ready to go. I was driving to the basket, I had even played a practice game on the Sunday,” Jackson recalled.

“I was talking so much smack to my teammates because I was starting to feel really good about everything. I started to drive the basket and felt something pop in my foot.

“I stopped. I looked at my coach and I told him. I had had some plantar fasciitis. Soon enough I couldn’t walk.

“I had ruptured the entire thing, which is apparently the best thing you can do, but at the time I thought it was all over.”

After seeking expert advice, Jackson found out that, while she would be on crutches for a few days and feel some pain, her foot would completely heal in a few weeks, which it did.

She would go on to win the most valuable player award in the NBL1 East and lead her Bandits to the women’s title, but she needed every possible game to rebuild her confidence in her body.

“That first month [of NBL1] was rocky and I lost massive confidence,” Jackson said.

“So, every game I started working on things that my brain felt I couldn’t do.

“Recently, I just shot my first jump shot in a game that went in, and I was just so happy – every day I am getting better and things are starting to feel better. It’s just been a dream come true as I thought I could never do this again.

“But in the same breath, I can’t run as fast, can’t jump as high – there are things that I can’t do, but I think I can add value in other ways.”

The psychological imprint of Jackson’s past injuries, and the scare of that night in pre-season, stuck around as injury forced her to stop playing in the first place in 2016.

Upon her first trip back to the AIS for an Opals training camp, another past trauma hit her between the eyes.

But completing that camp and a later, more difficult camp in New York showed Jackson, and her Opals coaches, she was again capable of playing at the highest level and it also reminded her how much she treasured being back on court.

“I know I’m not the player I used to be – but I know I’m still pretty good. Everyone can make their own judgments.”

“There are times on this journey where I have had serious trauma responses,” Jackson said.

“There have been times I didn’t think I could get through it [the comeback] and I’ve had some very close friends who have helped me through it, my mum, my dad, people from work [Basketball Australia] – they have been so good to me.

“I’ve never been able to look too far ahead, for emotional reasons, because I was too afraid I would get hurt again.

“In those days after my plantar fascia, the first few days when I couldn’t walk, I was shattered. I rolled my ankle on that same foot a few weeks later – that foot has been a nightmare, but it’s getting better every day.”

The Opals are now in their final weeks of their lead-up to the World Cup, and Jackson will play as big of a role as her body will allow.

Some observers questioned whether her dominant play against smaller, semi-professional players in the NBL1 East competition was adequate preparation to take on the world’s best players.

Jackson averaged 31 points and 12 rebounds per game in just under 29 minutes per contest, which is great for any player, especially one in her 40s.

“People can say what they will say but, most games, I have three players banging into me, I am playing sometimes 30 minutes a game, and I’m getting hammered,” Basketball Hall of Famer Jackson said.

“It’s good because I needed it.

“In our [Opals] practice games against Canada, I just played like I have in NBL1, and I got fouled out in my first game.

“That made me pause, but physically I am stronger than I ever was before. I’ve had to get really strong to deal with my injuries – strength wise I am going to be fine. It’s now about timing, shot-blocking, boxing out – but all of that is coming and each session I get better.

“We have all of September to prepare. I have never worked harder for anything in my life, and it has just been so much fun because I have a different perspective.”

Those Canada games were played behind closed doors, but they marked the first time Jackson had played for Australia since her retirement.

“Before that first game I started crying on the bus because I never thought I would get to play for the Opals again,” Jackson said.

Jackson refuses to set any ceilings for game time in Sydney and just wants to absorb every moment of an event she thought she would be attending as a spectator.

“If I’m playing well, I’m happy to play as many minutes as they can give me,” Jackson said.

“That will speak for itself. But it doesn’t matter if I play 10 minutes for Australia or 30 minutes – I will be a contributor.”

Jackson’s love of playing basketball continues to push her forward, but she is only in this position because her family, her two young sons, her close friends, and employer have all helped her, and now she wants to repay them.

“My love for the game has never wavered,” Jackson said.

“That’s why I’m still involved with Basketball Australia. Honestly – they have been the most incredible organisation for me and given me any flexibility I’ve needed to train and anything I needed to get through this.

“I know I’m not the player I used to be – but I know I’m still pretty good.

“Everyone can make their own judgments.”