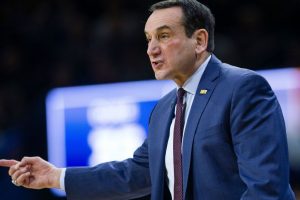 Duke’s Mike Krzyzewski plans for the 2021-2022 season to be his final as head coach and is finalizing a search process with university officials to name associate head coach Jon Scheyer as coach-in-waiting, sources confirmed to ESPN’s Adrian Wojnarowski on Wednesday.

The Naismith Hall of Fame coach has won five national championships and has taken the Blue Devils to the Final Four on 12 occasions during his 40 seasons at Duke.

Stadium first reported that Krzyzewski is planning on retiring after next season.