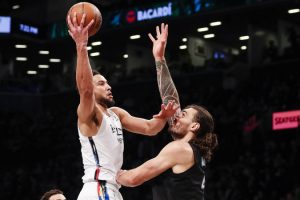 Ben Simmons continued his return to form with his best game of the season so far for the Brooklyn Nets as they outlasted the Memphis Grizzlies on Monday (ADST).

Bouncing back after a knee issue and an ongoing back complaint, Simmons tuned up for his eagerly-anticipated first trip back to Philadelphia to take on the 76ers on Wednesday with his first 20-point game since playing for that franchise in last year’s play-offs.

Starting at centre in place of the athletic Nic Claxton (personal reasons), Simmons missed only two shots in more than 34 minutes on court – finishing with 22 points, 8 rebounds and 5 assists on 11-13 shooting. It’s Simmons’ reluctance to shoot the ball that has drawn plenty of ire from fans and pundits alike across the NBA. 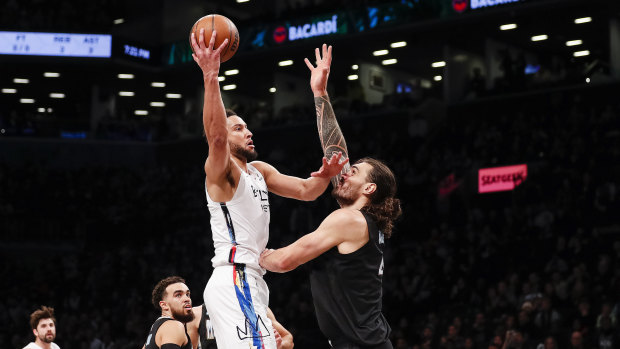 Fellow Melbourne-born product Kyrie Irving returned from a suspension handed down by the Nets for Irving’s repeated failure to “unequivocally say he has no antisemitic beliefs”.

And the controversial superstar made an instant impact.

On the morning of the game the Nets announced Irving would be available to play, after he apologised to anyone who felt threatened or hurt when he posted a link to a documentary with antisemitic material on his Twitter page. The franchise suspended him days later after he had refused to apologise or clarify his beliefs, and he missed eight games.

Irving received a good ovation after resuming his spot as the last player announced during starting lineups, and then made a three-pointer on his first shot attempt. He missed his other four shots in 13 first-half minutes. 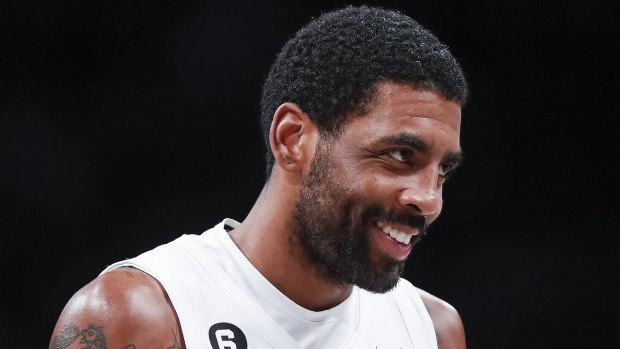 Kyrie Irving made his return from suspension.Credit:AP Photos

He finished with 14 points in 26 minutes as the Nets handled the short-handed Grizzlies 127-115.

Brooklyn star Kevin Durant, who made a bombshell decision in the off-season to quit the Nets and seek a trade before later rescinding his request, scored 26 points, giving him at least 25 in all 17 games so far this season. That’s the longest streak to start a season since Rick Barry did it in 25 straight in 1966-67.

Dillon Brooks scored 31 points for the Grizzlies, who were without one of the league’s best young talents, All-Star Ja Morant, as well as Desmond Bane and Jaren Jackson jnr. But they trailed by only three after three quarters before Brooklyn opened the fourth with an 18-5 spurt, featuring four three-pointers from in-form Japanese player Yuta Watanabe, to break it open at 114-98.

But Simmons was the game’s major talking point. Coming off his previous best game of the season in Portland in the Nets’ previous game, he was even better in this one.

The No.1 pick in the 2016 draft is set to face the 76ers on Wednesday morning (ADST) for the first time since they granted his trade request last February.

Brooks had 17 points at half-time as Memphis led 62-57, but Durant scored 14 points in the third and Simmons made all four shots for eight more as Brooklyn tied a season best with 39 points, taking a 96-93 edge to the fourth.

Morant and Bane both scored 38 points when the Grizzlies beat the Nets on October 24. But Morant has a sprained left ankle and Bane a sprained right big toe.

Jackson jnr also sat to rest after playing in two games following a 14-game absence to begin the season while recovering from right foot surgery.

With the result, Memphis had its seven-game winning streak against the Nets snapped. Imposing New Zealand big man Steven Adams had 15 points and 10 rebounds, but shot just 1-8 from the free throw line.