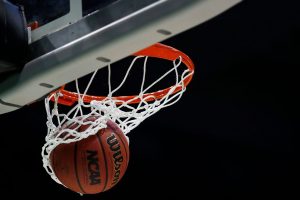 New Mexico State basketball coach Greg Heiar put his team on a bus to return to the Aggies’ Las Cruces campus after police in Albuquerque had asked to interview three of his players as they searched for a weapon used in a fatal shooting and other potential evidence, according to the New Mexico State Police supplemental investigation report released to ESPN on Thursday.

The investigation report said Marchelus Avery, Issa Muhammad and Anthony Roy were seen on video in a yellow Camaro in the parking lot where University of New Mexico student Brandon Travis was shot and killed Nov. 19 by Aggies junior forward Mike Peake in what police have called a self-defense case. Peake, who was hospitalized after he too was shot, placed his gun, phone and tablet in the car, according to the police report.

The Bernalillo County District Attorney’s Office said Wednesday that it was working with New Mexico State Police and investigating the “conduct” of Aggies coaches and players in connection with the fatal shooting. The police reports add to the scrutiny around the team’s and coaching staff’s actions in the hours that followed the shooting.

According to the documents, a 17-year-old girl set Peake up to get “jumped” by Travis and two of his friends over animosity stemming from a fight at a New Mexico State-New Mexico football game. She sent Peake a Snapchat message that said “hurry pls,” and he took a Lyft to her dormitory at the University of New Mexico, hours before he and his team were scheduled to face to the Lobos.

That game and a Dec. 3 matchup were canceled following the shooting.

In the hours following the shooting, a New Mexico State police officer told Heiar that he wanted to interview the three players seen on video in the Camaro, but according to the documents, Heiar said he had to make sure the athletes didn’t need an attorney and told police he would respond to their request soon.

When a state police officer noticed players getting onto a bus at the team hotel and his calls to Heiar continued to go to voicemail, he asked another state police officer to assist in contacting the bus and “have them pull over” along a nearby highway. The bus, which had departed, was located at a rest stop.

Inside, police said, they located Peake’s tablet, which was in a backpack held by Lorenzo Jenkins, who serves as a special assistant to Heiar. According to the investigation report, Peake’s phone was located later in Las Cruces. Braun Cartwright, NMSU’s deputy athletic director, had called the officer and told him that an unnamed administrator had the phone.

Police said they located Peake’s gun that was used in the shooting when assistant coach Dominique Taylor told them that Heiar had told him that the three players knew where he could find the weapon. Police retrieved the weapon, which was wrapped in a towel, from Taylor that afternoon at the team hotel, according to the police reports.

It’s unclear when and how, specifically, the gun, tablet and phone were transported in the hours after the fatal shooting.

None of the players or coaching staff have been charged in connection with the shooting.

Peake was suspended indefinitely by the team this week, pending the outcome of investigations by both the school and state police. Avery, Muhammad and Roy all were suspended for the game Wednesday at Santa Clara.

A spokesperson for the school, which announced a third-party investigation this week, said none of New Mexico State’s coaches have been disciplined.

“No action has been taken against any coaches at this time,” Justin Bannister told ESPN when asked about possible discipline for the coaching staff.