NBL newcomers South East Melbourne Phoenix will have some proven NBA talent promoting the team ahead of their first NBL season in October.

Current NBA player Zach Randolph and former NBA players Josh Childress and Al Harrington have formed a consortium to purchase a stake in the Phoenix, who are owned by US entrepreneur Romie Chaudhari.

Not only have the trio bought into the team, they will be actively involved in promoting the side in Melbourne this season – attending games and club events to help draw new fans to the club. 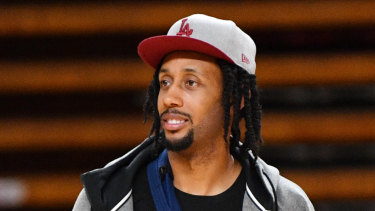 Chaudhari has either friendships or other commercial ties with the trio and has been courting them for some time to take part in the team.

"We are thrilled to welcome Zach, Josh, and Al to the Phoenix family," Chaudhari said.

"I have worked with them all in various capacities in the past, and they all have the type of qualities I would want in partners for this venture.

"When they individually expressed interest in being part of the Phoenix, I was delighted to welcome them.

"We look forward to introducing them to the fans as we build a great club for this exciting journey ahead."

Randolph is believed to still be seeking out another NBA contract after playing with the Sacramento Kings this past season and next season would be his 19th NBA campaign, but his hopes of finding a new home are unclear while Childress and Harrington still play in competitions outside the NBA including the Big 3 league.

Randolph said he hoped he could draw more attention to the Phoenix and the NBL.

"This is a great opportunity for me to be involved in the NBL," Randolph said.

"Seeing players like James Ennis, Torrey Craig and Terrance Ferguson come back to the NBA and make their mark made me take a little more notice to the NBL.

"The audience for basketball in Australia is huge and South East Melbourne is the most significant basketball region in the country, it's Australia’s basketball heartland.

"I am happy to be a part of this organisation and offer my basketball knowledge to help make South East Melbourne Phoenix successful."

Childress, two seasons, and Harrington, part of a season, spent time with the Sydney Kings in recent years while Childress also played with Adelaide 36ers in their grand final season in 2016-17.

"Having spent three seasons playing in the NBL, I've seen the strides the league has made and I felt compelled to be a part of that growth," Childress said.

"I believe there's a tremendous opportunity for the South East Melbourne Phoenix to compete at a high level in this league and I look forward to supporting the team this season and beyond alongside Romie, Al and Zach."

The Phoenix are still waiting to see if franchise player Mitch Creek can join them for next season or whether he will earn an NBA contract, although those hopes are growing as Creek has performed strongly during the NBA Summer League with Minnesota Timberwolves.

The side still have an import point guard spot to fill and have been linked with a number of point guards by the NBL Overtime's Liam Santamaria, among the players linked to the Phoenix is recent NBA guard Brionte Weber although it remains unclear if he will be the point guard they settle on.