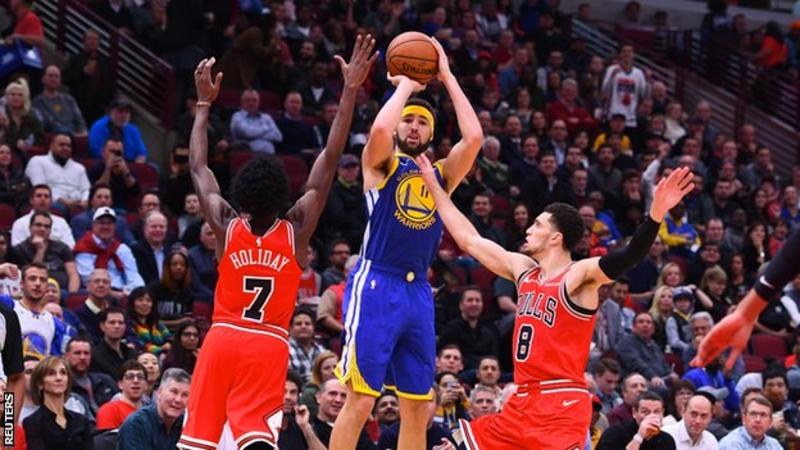 The 28-year-old shooting guard scored 14 three-pointers in a 52-point performance during a 149-124 victory.

Curry, 30, held the previous record of 13, achieved in November 2016 against New Orleans Pelicans.

“I was so anxious because any time there’s an NBA record at stake, you get a little nervous,” said Thompson.

“I’m just so blessed to play with the guys that I do. It was an amazing night I’ll hopefully never forget.”

Thompson gave a hint of what was to come in the opening quarter when he scored 22 points to help the reigning NBA champions to a 44-28 lead.

By half-time the Warriors had increased their advantage to 42 points as they led 92-50.

Thompson drew level with Curry’s record in the third quarter before breaking it with five minutes remaining, and later revealed his team-mate had encouraged him to do so.

“Before I went out for the second half, Steph just looked at the box score and said ‘go get it’,” Thompson said.

“That shows the unselfishness that’s within him.”