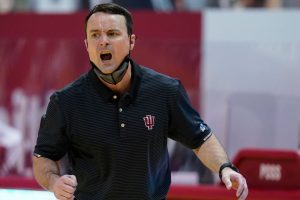 The coaching carousel started spinning earlier than usual this season, with jobs at Penn State and Wichita State opening before the season even began and Boston College and Fordham making moves with more than a month left in the season. Wichita State has since promoted interim head coach Isaac Brown to the permanent job, but the other three positions are still open — and they aren’t the only ones.

After last year’s coaching carousel saw fewer than 30 changes in a cycle impacted by the coronavirus pandemic — as opposed to the usual 50-60 — we’re expecting a busier carousel this season. But how busy?

To get you prepared for the next two months of coaching changes, here’s a look at the biggest storylines, jobs and names to watch.