Home » Basketball » Boomers must make bronze-medal game about themselves

Boomers must make bronze-medal game about themselves

The Australian Boomers need to forget about making history, forget about fans back home and even about their own heartbreak when they take the court in the bronze-medal game at the FIBA World Cup on Sunday night.

Throughout seven games over 14 days, the Boomers have been superb beating opponents they have so often fallen to and allowing the likes of Patty Mills, Aron Baynes, Joe Ingles, Matthew Dellavedova and World Cup rookies Jock Landale and Nick Kay to show the world how brilliant they are. 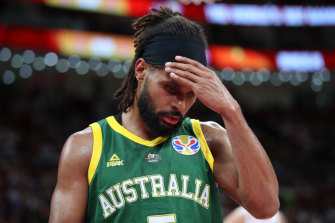 But this game has to be about playing for each other and the 27 other players who suited up during 10 qualifying games, but didn't make the World Cup roster.

Players such as Jason Cadee or Mitch McCarron played every game in that campaign but they are home in Australia preparing for the NBL season. They’ll be hurting for their teammates but would do anything to be on court in China chasing a medal.

This campaign is not the traditional qualify-and-then-win event – the Boomers went through almost two years of qualifying games to make it to China. The bulk of those 10 games were played without our NBA players who were unable to play during their season. 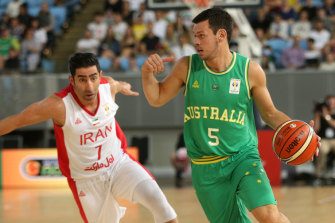 Jason Cadee playing for the Boomers in a qualifying match against Iran last November. Credit:AAP

Instead the likes of Cadee, Kay and other NBL players embraced the chance to play for the Boomers and represented the country with great honour losing just two games and making sure Mills and co had every opportunity to chase a medal in China.

So the Boomers need to keep those players front of mind as they face France, who will be a tremendously difficult opponent to beat.

Australia's double-overtime loss to Spain in the semi-final will stick with those who played in it for a long time to come, such heartbreak can't just evaporate.  However, it will feel even worse if the Boomers don't finish the event on the podium. 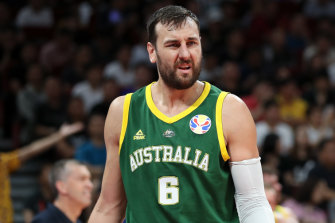 Andrew Bogut and the Boomers stars are well-equipped to mentally come back after their semi-final loss. Credit:Getty Images

Before the Australian Opals became regular medallists, our women broke their duck with a bronze medal at the 1996 Atlanta Olympics. Now it's time for the Boomers to do the same.

Boomers assistant coach Luc Longley cast the mental task of preparing for the bronze-medal game in the right light after Friday night's loss.

"Do what they've gotta do to express all of that frustration without costing them physically, without doing anything to jeopardise; we've got a bronze-medal game coming. I know it's a consolation prize, but I'd sure like a bronze medal. I still don't have one.

"Those guys, they pour themselves into it – it's such a committed, earnest group, that [it] just doesn't feel right."

The Boomers have handled the psychological side of this tournament perfectly.

They have all dealt with the pain of losing before but Sunday night will be a test of mind and body like few others.

If the Boomers can end this World Cup on the podium, things will feel far better and they can begin to prepare for another chase for gold at the Tokyo Olympics next year.