Home » Basketball » Bilas: Roy Williams is what greatness looks like 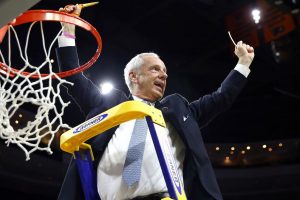 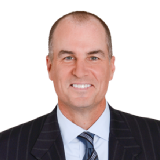 Walking through an airport on April Fools’ Day, I received a notice on my phone. North Carolina’s Roy Williams is announcing his retirement from coaching. At first, it seemed unreal, but everything seems unreal now. After a few moments and texts, I knew it was true.

And it’s so Roy Williams.

He didn’t need a farewell tour, a big fanfare made about his decision. He just made it and dropped the news, as shucks, it’s just Ol’ Roy moving on. No big deal.

Well, it is a big deal. This may be blasphemy to some, but I believe Roy Williams is the coaching equal to Dean Smith, both as a coach and a person. That is not a slight to Coach Smith, whom I revere, but a compliment to Williams, whom I respect and admire as much as Coach Smith. That North Carolina has had two such all-time greats and icons at the helm is nothing short of amazing.

Roy Williams has had two Hall of Fame-worthy careers, one at Kansas and one at North Carolina. His résumé is Mount Rushmore of college basketball-worthy, and among the greatest of all time in any sport. How do you put such a career in proper perspective? Titles, Final Fours, high-level consistency and longevity without significant down periods. Perhaps we just can’t put it into perspective because we can’t list all of the accomplishments and achievements. Roy Williams, though, leaves you with a feeling. He is what greatness looks like, achieved while also being thoughtful and kind. He is competitive to a fault but fair-minded and giving to others off the court. And he treats his players and staff with respect. He is demanding without being demeaning.

It is almost cliché to say Williams is a better person than a coach, but I believe that to be true. Well, that’s one helluva person. Ask any player or assistant of his over the decades and almost to a person they will express a respect and admiration for Williams that is difficult for any coach to match. The coaching record will be beyond difficult to approach or replace. The person, Roy Williams, is irreplaceable. We are lucky to have watched him work so well for so long.

We’ll have plenty of time to talk about what is next for the Tar Heels program. This is about Williams. Thank you, Roy Williams, for everything. You truly made the game better, and the game simply won’t be the same without you. That’s how it goes with the true icons, legends and good guys. You are all three, and more.