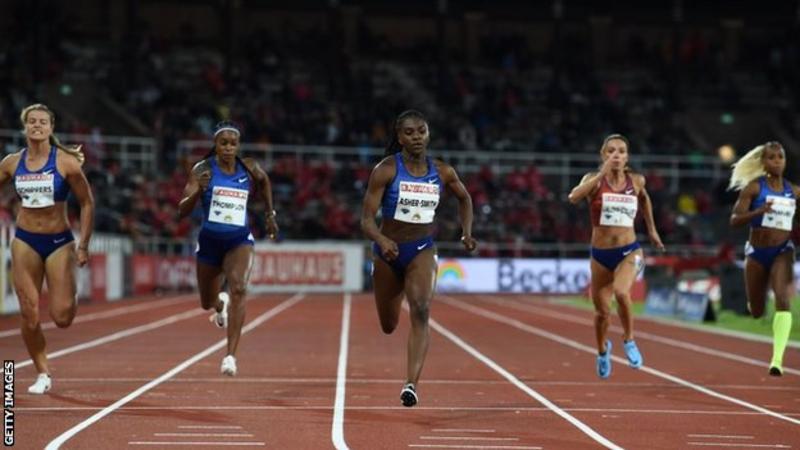 Fellow Scot Eilish McColgan finished seventh in the 5,000m, a day after her house was burgled.

On her convincing victory, Asher-Smith said: “I’m really happy. I wasn’t anticipating the time that I ran. In these conditions and at this time of the year, it’s really good.

“The World Championships are a very long time away. While it’s good to be in good shape now, it’s important I stay in good shape and continue to progress. I need to run faster by September because I know everyone else will too.”

Muir, who had to settle for third in Sunday’s Westminster Mile behind Wales’ Melissa Courtney and England’s Sarah McDonald, registered a 61.77-second final lap to dominate the field.

Britons Jemma Reekie, Sarah McDonald and Amy Griffiths finished fourth, fifth and eighth respectively in the middle-distance race, which was a non-Diamond League event at the Olympic Stadium.

“I feel very happy with that. It is much more representative of where I am at,” said Muir.

She added: “I was quite disappointed after last weekend’s race. Today was about the win rather than the time with the conditions as they are.”

McColgan, who had medals and jewellery stolen from her home on Wednesday, clocked 14 minutes 52.40 seconds to finish one place ahead of Wales’ Courtney in the 5,000m.

The race was won by Kenya’s Agnes Jebet Tirop, after compatriot and world champion Hellen Obiri had fallen with 1km to go.

“I should’ve gone earlier but I wasn’t high on confidence after the start to this year – now I feel like I’m starting to turn it round,” said McColgan, who had been away training in Switzerland.

On the burglary, she added: “I don’t really know much. It’s frustrating. I can’t believe the destruction they’ve made. It’s not ideal the day before a race and I can’t wait to get home now.”