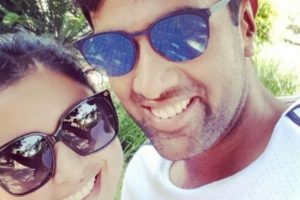 This Indian team is completely and utterly exhausted.

Thousands of miles away from the comforts of home soil, they have been relentlessly battered and bruised for three Test matches, with Australia’s reliance on the short ball taking its toll.

The squad’s casualty ward is overflowing, and some players have been separated from friends and family for up to six months.

But despite everything, this depleted Indian side overcame all that adversity to pull off a remarkable feat at the SCG on Monday.

Australia needed eight wickets on the final day to take a 2-1 series lead, and they were given 97 overs to knock over their rivals – plenty of time on a day five pitch.

But the hosts could only muster three scalps, with India securing a famous draw to set up a mouth-watering decider in Brisbane.

It was a performance that characterised everything Test cricket stands for – resilience, patience and fierce determination.

And although Cheteshwar Pujara and Rishabh Pant were superb in the morning session, the real heroes emerged as the sun headed west.

Hanuma Vihari and Ravichandran Ashwin refused to expose the Indian tail, weathering a barrage of bouncers and yorkers from Australia’s talented attack.

The 27-year-old was in immense discomfort and could hardly run between the wickets after suffering a hamstring injury in the second session, but powered through regardless.

What wasn’t as apparent until after the game was the pain Ashwin was going through as his wife Prithi revealed his “could not stand up straight when he woke up this morning”.

Who will help me pack now 😭 #thatthatmanthatthatproblem

They blocked, prodded, ducked and left for more than three hours, rarely rotating the strike due to Vihari’s hamstring injury.

Quick threes became leisurely singles, and they didn’t even bother with the easy singles.

It was somewhat bizarre to witness the batsmen pierce the infield, only to remain unmoved while the fielders made chase.

But the contest wasn’t dull by any means. It was arguably the most enthralling passage of play on Australia soil for years.

The wounded Vihari survived 161 deliveries, only scoring 23 runs, 16 of which came from boundaries.

Alongside him was Ashwin, who less than 24 hours earlier spoke candidly to reporters about the decade of abuse he had endured in Sydney.

This was quite comfortably Ashwin’s longest knock in the fourth innings of a Test match. He survived 128 deliveries at the crease on Monday, whereas his previous best was 53.

What a performance from the Indian pair.Source:AFP

In the end, it was the second-most number of balls by an Indian pair in the fourth innings of an overseas Test for the sixth wicket or lower.

“Through this whole series, we’ve seen India show courage, determination and what character they’re made of this team,” Australian great Shane Warne said on Fox Cricket.

“The bounce back from being bowled out for 36, 1-0 down and then to come back and win in Melbourne, the attitude towards chasing this target, it’s just outstanding stuff from India.”

Mark Waugh called it “India’s greatest Test draw” considering the injuries and resilience that needed to be shown.

What a terrific show of resilience from Team India. Even a victory wouldn't have been sweeter like this.

Pujara, Vihari, Ashwin and Rishabh Pant – What a display of batting on a tough fifth day wicket facing the best bowlers. This is real test cricket.#SydneyTest #AUSvINDtest pic.twitter.com/aJXbNo67Kw

Terrific result for Team India. Against all odds this team exhibited tremendous temperament to draw the SCG Test. Vihari braved his injury & got the job done. Pant played a special innings. Ashwin was too good. Opening p’ship did well. Pujara scored runs #AUSvsIND

Loved the fight and determination of India all day today. Starting with Pant and Pujara, and then for Vihari and Ashwin to withstand Australia and look largely in control for most of the day was very impressive. Can't wait for Brisbane now. #AUSvIND

Special mention to Vihari who literally batted for 4 hours on one leg and to Ashwin who seems to have got right up for this after the abuse of the last few days. #AusvInd

The Indian squad has been depleted by a seemingly endless number of injuries this summer – they almost fielded a second XI at the SCG this week.

Star pace bowlers Ishant Sharma and Bhuvneshwar Kumar were withdrawn from the Test series before it had even begun.

KL Rahul injured his wrist after the Boxing Day Test, while captain Virat Kohli flew home for the birth of his first child after the day-night contest in Adelaide.

Opening batsman Rohit Sharma only recovered from a hamstring injury in time for the SCG Test, while strike bowlers Mohammad Shami and Umesh Yadav were struck down during the Adelaide and Melbourne Tests respectively.

As a result, India was forced to trail uncapped youngster Mohammad Siraj and Navdeep Saini, who have both been impressive in their debut series.

Siraj’s tour has been particularly challenging considering his father passed while he was stuck in the biosecurity bubble. Due to the strict travel restrictions, he wasn’t able to return home for the funeral.

What a performance to survive this onslaught.Source:AFP

Instead, he became India’s 298th Test cricketer, and was filmed with tears streaming down his cheeks during his country’s national anthem before the SCG Test.

Like many of his teammates, Siraj made a huge sacrifice to ensure this Test series could go ahead – and the Sydney spectators thanked him by hurling abuse from the stands, allegedly.

To rub salt into the wounds, Ravindra Jadeja will almost certainly not feature in the Gabba Test after dislocating his finger, while wicketkeeper Rishabh Pant was unable to fulfil his duties as the team’s gloveman after copping a blow from Pat Cummins in the first innings.

This team has been in the wars from the moment they touched down in Sydney last year. They are emotionally and physically drained, and only have four days to recover before the Gabba Test.

Worryingly, Indian selectors will be looking around the change room wondering whether they can even field 11 cricketers in Brisbane.

Regardless, the series now stands at 1-1 after three Tests, an unimaginable outcome after India were rolled for 36 last month.

But history is not on their side, not by any means. India has never won a Test match at the Gabba, and Australia has not lost at the iconic venue since the 1980s.

However, records were made to be broken.