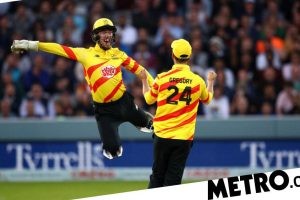 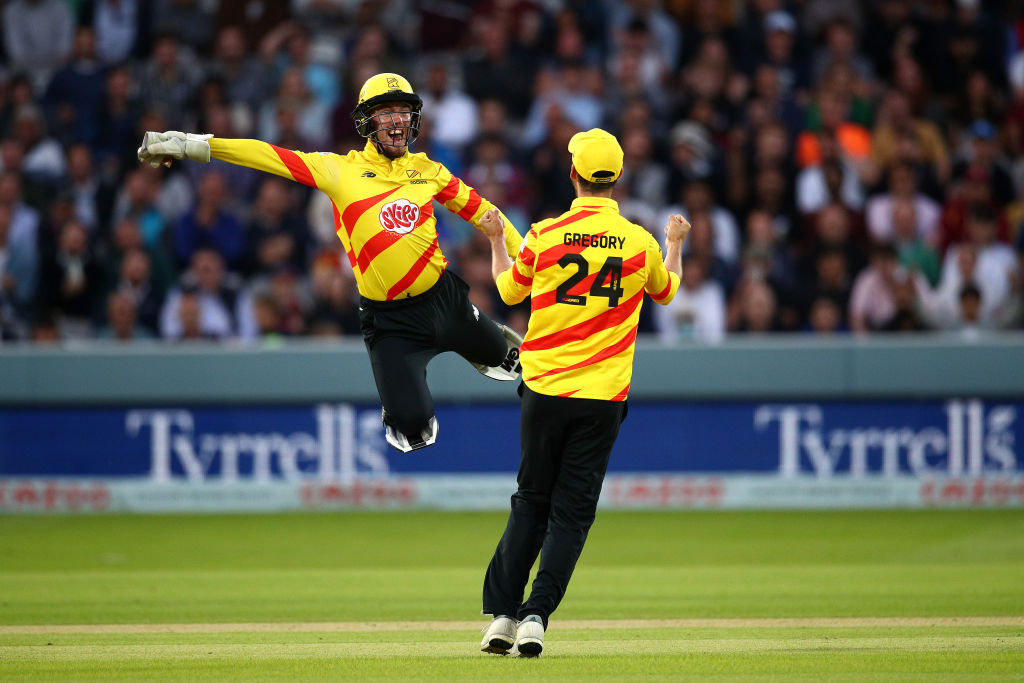 Samit Patel and Matthew Carter both took three wickets to help Trent Rockets maintain their unbeaten start to The Hundred and inflict a second successive defeat on London Spirit.

London Spirit, who are still searching for their first Hundred win, slipped to 33-4 and 65-7 before Roelof van der Merwe gave the home side hope, hitting three boundaries in an 18-ball cameo.

Blake Cullen, who this week signed a contract extension at Middlesex, thrilled the home crowd with a six off Marchant de Lange in the penultimate over, but the South African bowler responded well to close out an exciting win.

London Spirit impressed with the ball – Mohammad Nabi took 2-20 and Mason Crane claimed 1-16 from 20 deliveries – but Australian D’Arcy Short made an unbeaten 69 – including five boundaries from his last seven balls – to post a competitive total.

Andy Flower’s Trent Rockets have won all three of their matches in The Hundred to emerge as the early pace-setters at the top of the table, while Shane Warne’s London Spirit remain second from bottom with one point – courtesy of an abandoned match – from three games.

‘I thought it was another fantastic game. The crowd was great, it was outstanding to see such an electric atmosphere at the Home of Cricket. I think the new format is really taking off.

‘I’m gutted we didn’t win to be honest, we felt we gave them the win really. We’ve got to take more responsibility. We didn’t deserve to win that game in the end.

‘I think it’s quite simple how we reflect on things. We were one partnership away from winning that game. It’s about playing simple cricket. Today we didn’t take advantage.’

Earlier in the day, Trent Rockets Women picked up their first win of The Hundred, beating London Spirit by 18 runs largely thanks to Rachel Priest’s brilliant 76 form 40 balls.

New Zealander Priest shared a 101-run opening stand with Sammy Jo-Johnson and threatened to score the first century of The Hundred before being caught in the deep.

England’s Natalie Sciver kept the pressure on the home side, however, smashing 32 from 16 balls including two sixes to propel Trent Rockets to 151-4.

London Spirit made a decent start to their chase, reaching 70-2 at the halfway stage, but lost three wickets in the next 16 balls – including the big-hitting Deandra Dottin – and eventually stuttered to 133-7.