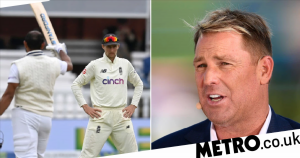 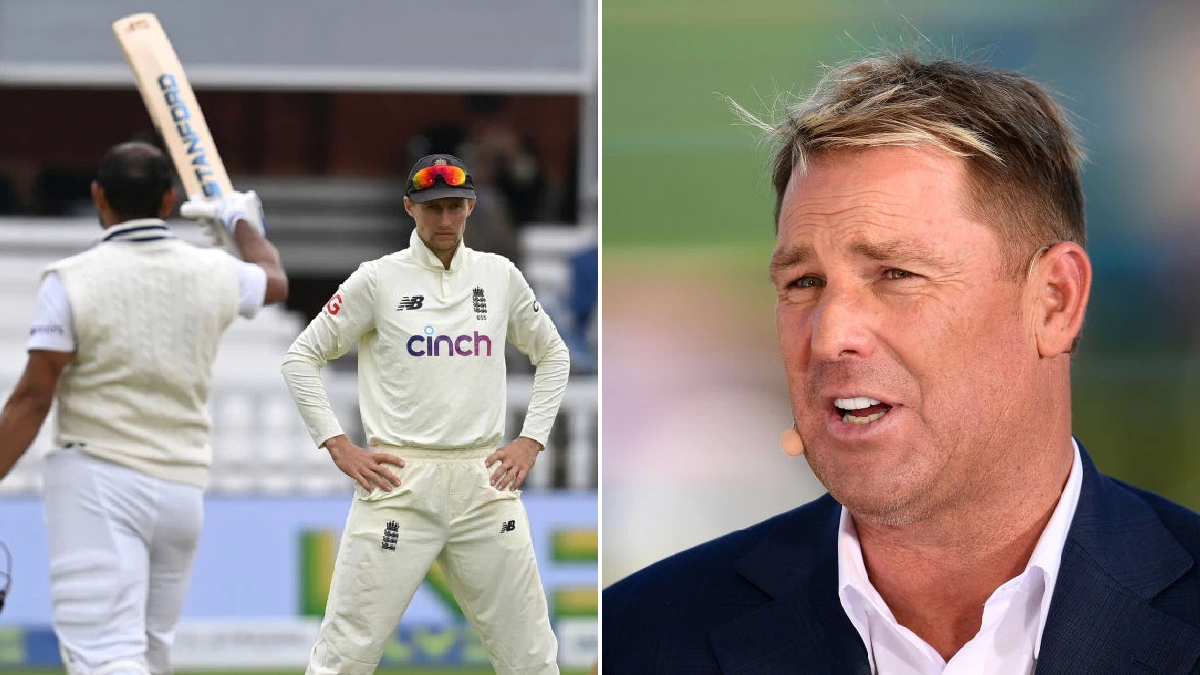 Shane Warne and Michael Vaughan slammed England’s tactics as India pulled off a remarkable victory over Joe Root’s side on the final day of the Lord’s Test.

England were on top going into day five but India rallied with the bat through tailenders Mohammed Shami and Jasprit Bumrah – who put on 89 for the ninth wicket – before skittling the hosts out for 120 with nine overs remaining.

India were 181-6 – leading by 154 – at the start of the day but Shami and Bumrah blunted England’s attack, with Root’s tactics drawing criticism from the likes of Warne and Vaughan.

England took two quick wickets on the final morning but it was at that point that they lost control of the match as they adopted bizarre field placings and attempted to bounce the Indians out rather than stick with the formula that had proved effective up to that point.

Australia legend Warne tweeted: ‘Horrible tactics from England. Why don’t the bowlers say, “no I don’t want five or six fielders on the fence – as how am I getting the batsman out, skip?”

‘Although England have been terrible tactically at Lords, it’s been great to see India fight and I will say this again: how good is Test cricket, love it.’

Former England captain Vaughan added on BBC Test Match Special: ‘England, from being in a position in a position of strength, didn’t know how to get that key moment going their way.

‘They didn’t have that instinct to keep it simple. They over thought it and got it in their head that they had to be really complicated with their field settings and it has given India a small chance of winning this game. I wonder how much it will impact the rest of the series.

‘Basics, that’s the word. The best sports teams, around the world, manage to deliver the basics when the pressure is on. England didn’t know what the basics were this morning.

‘Generally you go plan A, B, C – England went to plan X to Jasprit Bumrah and Mohammed Shami within the first 20 balls.

‘They were all over the place. I’ve got no idea what they were thinking. The key when you’re under pressure is to keep things simple. You’re bowling to tailenders, bowl to hit the top of off stump, don’t bowl short and wide.

‘Jasprit Bumrah had more fielders on the boundary than Pant. How can that happen when you’ve got players like Joe Root and James Anderson who have played over 100 Test matches. They got the tactics completely wrong.’