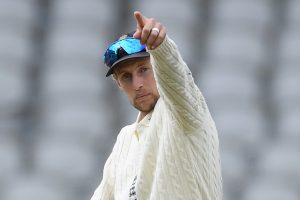 By this time next year Joe Root will have won more Test matches as England captain than anyone before him.

That is not exactly a wild prediction considering he only needs one more win to get there, and across seven Tests at home that is more or less a given, even against World Test Championship finalists New Zealand and India.

When he gets there, his paymasters at the ECB will rightly make a big deal of the achievement and it will be used to illustrate just what a wonderful job Root has done in charge.

And he has done a decent job, in the main. He has won nine series and lost five so far and there have been some magical moments, usually revolving around Ben Stokes such as at Headingley or in Cape Town.

But having just missed out on another opportunity to 'do something special' as players like to call it, in India with a 3-1 series defeat, Root is running out of time to capture the imagination.

Where is the series victory that confounds expectations? Where is the win that inspires and gets talked about and remembered for generations to come?

Of course Root is hoping that it will now come at the end of the year Down Under when he tries to become an Ashes winning captain for the third time.

And one suspects that it will be the last chance he gets if it is unsuccessful.

With seven matches to rebuild some confidence in his side following defeat in India and to make some important decisions about personnel and positions, this is time for Root to get demanding.

He and Chris Silverwood are not Pep Guardiola who can go out and buy two of the best players in the world for every position. Nor are they India, with a cricket mad population of a billion producing players at a faster rate than New Zealand produces rugby stars.

They need to work with what they have got available to them and ensure that when the biggest, most important matches come around the best players are able to play.

Many would have thought this India series just gone was a case in point. It clearly wasn't.

Root has kept his counsel and towed the corporate line. It is not just about the Test team, there is a T20 World Cup to come this year too.

Bubble life is tough and the players need to be given breaks, especially if they are playing in the IPL, so the Test series against India is where it comes and again Root accepts his fate.

The IPL players might even miss matches against New Zealand if they go deep in the tournament, and again Root smiles and accepts the situation.

Times have changed, and maybe Root thinks that these are sacrifices he must make for the good of the game – after all his players are likely to warm up for the first Test against India in the summer by playing three games in The Hundred.

At every turn the claim that the Ashes is the priority is being met with actions that suggest otherwise, while the oft stated desire to be the best team in the world, now appears to be a long way off for this side.

Root cares deeply about the game and for his players and it is also admirable how much attention is being paid to their well being and to the enjoyment of their work.

At some point though something has to give, and for now it seems like it is England's Test fortunes that are the most expendable.