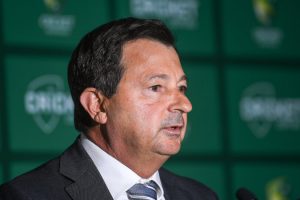 David Peever, the Cricket Australia chair at the time the governing body first learnt Tim Paine had sent an explicit image and messages to a Cricket Tasmania staffer in the months before he became captain, has criticised the current board’s decision to “abandon” him.

In 2018, Peever and the CA board were briefed on an integrity unit investigation that concluded Paine had not breached the governing body’s code of conducting by sending the explicit image and messages. At the same time they saw no reason to end Paine’s then months-old captaincy reign. 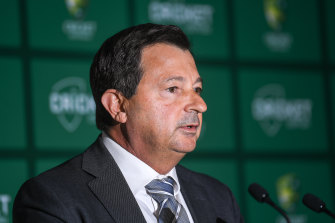 Peever was himself compelled to resign as chair in the wake of a damning cultural review of the governing body in October of the same year, but in his first public comments since that time has stated that CA’s current chair Richard Freudenstein and chief executive Nick Hockley should have backed previous decisions and also Paine’s tenure.

“I’m disappointed to see a current chairman publicly criticising decisions of a previous board, several members of whom are still on the board and were part of the 2018 decision,” Peever said in a statement provided to The Age and The Sydney Morning Herald.

“I’m also very disappointed at the way Tim Paine had been treated by Cricket Australia. Tim has been an incredible servant of the game and took over the leadership of the national team in the most difficult of circumstances. He has led with distinction for more than three years. He deserves Cricket Australia’s loyalty and not to be abandoned at this time.”

Reflecting on 2018, Peever argued that Paine had been cleared under CA’s code of conduct and therefore should not have had to resign when the issue became public three years later.

“The event in question occurred four years ago and before Tim was appointed Australian captain. By his own admission Tim has regretted those actions at that time,” he said. “But after investigation he was found not to have breached Cricket Australia’s Code of Conduct or any other rules, and the matter considered private and consensual between two adults. Why have a Code of Conduct if you are going to make up your own rules as you go?

“Cricket Australia’s decision seems knee-jerk and unfortunately shows double standards. This issue has been doing the rounds in cricket circles for some years now. The current chairman has been on the board for two years and it is implausible he didn’t know about it. If he and his board felt so strongly about it, why wait until now to act?”

The current chair Freudenstein, who replaced Earl Eddings on a temporary basis ahead of the governing body’s AGM in October, had said on Saturday that Paine’s actions were unacceptable for a national team captain.

“While I cannot speak about the original decision-making in 2018, what I can say is that faced with the same circumstances, and with the benefit of all relevant information about this matter, Cricket Australia would not make the same decisions today,” Freudenstein said.

“I acknowledge that the decision clearly sent the wrong message to the sport, to the community and to Tim – that this kind of behaviour is acceptable and without serious consequences.”