Pakistan beat England to go 3-2 up in T20 series 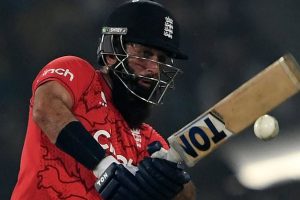 Stand-in skipper Moeen Ali came close to hitting England out of trouble at the death only to be bested by a debutant as Pakistan took control of the Twenty20 series for the first time.

The hosts were bowled out for just 145 in Lahore, Mark Wood excelling again as he took three for 20 and hit 95mph, but an England batting line-up missing the likes of Jos Buttler, Jonny Bairstow, Ben Stokes and Liam Livingstone mis-fired for the second game in a row.

Moeen took them within one blow of victory, hitting 51 not out in 37 balls, but newcomer Aamer Jamal sent down some superb wide yorkers after being trusted with the final over of the match and closed out a five-run win. 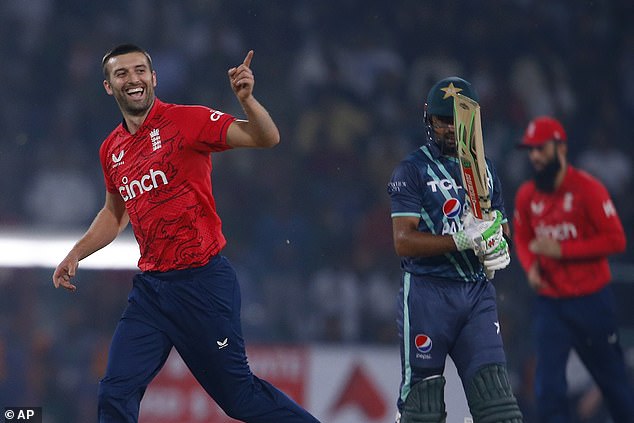 Having failed to make 167 last time out they finished on 139 for seven, slipping 3-2 behind with two to play.

Their combined return was four runs from nine balls, enough to give England pause over what had seemed a simple equation.

Ben Duckett appeared to have the answers, stroking two of his first four deliveries to the boundary, but he was gone for 10 when he threw the bat at width from Mohammad Wasim and failed to clear deep third.

Dawid Malan was the last man standing from the top order, but was living on his luck as he mixed a handful of boundaries with even more plays and misses outside off. He emerged from the powerplay on 25, having yet to really find his rhythm. 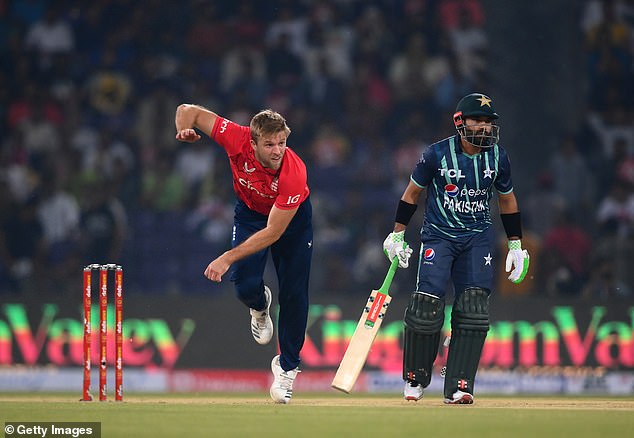 Any hopes that England’s leading run-scorer on the trip would bring some fluency ended as Harry Brook played around a straight one from Shadab Khan and fell lbw after a shrewd DRS call.

Malan had always looked an unlikely saviour, hanging in rather than dictating, and his battle ended when Iftikhar Ahmed trapped him leg-before from round the wicket.

Sam Curran and Chris Woakes, back after a six-month absence, came and went but Moeen was hitting the ball sweetly enough to give his team a chance.

The ask went from 49 off four overs to 15 off the last, but while Moeen smashed his fourth six to ensure it would go to the last ball, it was Jamal who showed real steel as he snuck through three dots.

Wood, rested on Sunday as England wrap him in cotton wool ahead of next month’s World Cup, took the third over of the day and immediately hit fifth gear, removing the dangerous Babar Azam with his fifth delivery.

Wood had made short work of the star opener in Karachi and repeated the trick here as Babar top-edged a rapid bouncer to the mid-wicket sweeper. 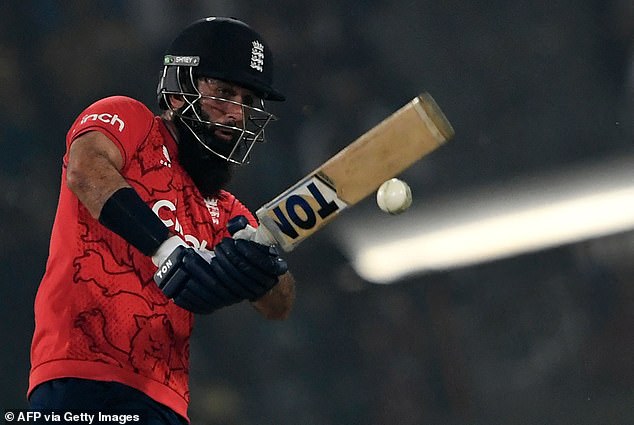 Mohammad Rizwan was dropped on nine, mis-hitting David Willey to mid-on where Hales’ hands let him down for the third time in the series. It would prove a bad miss, with Rizwan’s 63 providing the backbone of the innings.

Willey saw his next ball disappear for six but bounced back by snaring Shan Masood, whose attempted ramp shot pinged gently into the air off a leading edge.

The anticipation shot up each time Wood re-entered the fray and he showed why, taking a simple caught and bowled as Haider Ali found himself far too late on a pull and later hurling a yorker into Asif Ali’s leg stump as he hit fresh air.

Two run outs in five balls scuppered Pakistan’s hopes of rebuilding through the middle and Rizwan fell in ill-fitting fashion off a Curran full-toss.

Woakes finished things an over early with his first wicket since March, but Pakistan already had enough to edge a low-scoring contest. 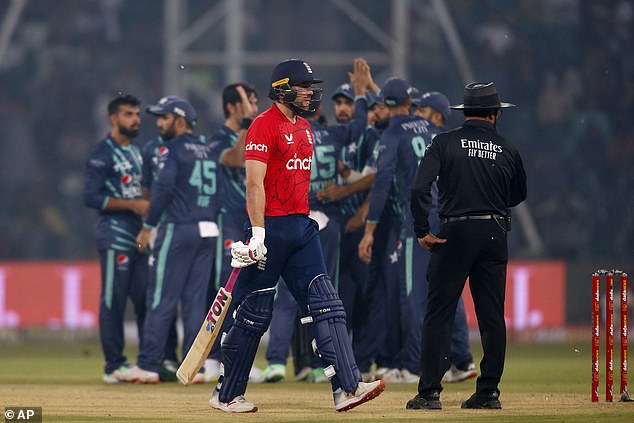 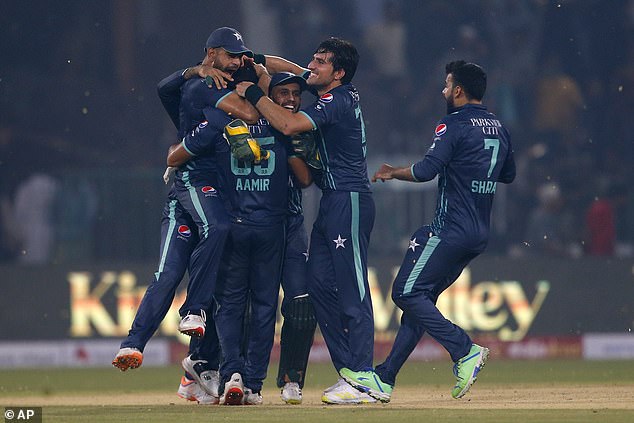 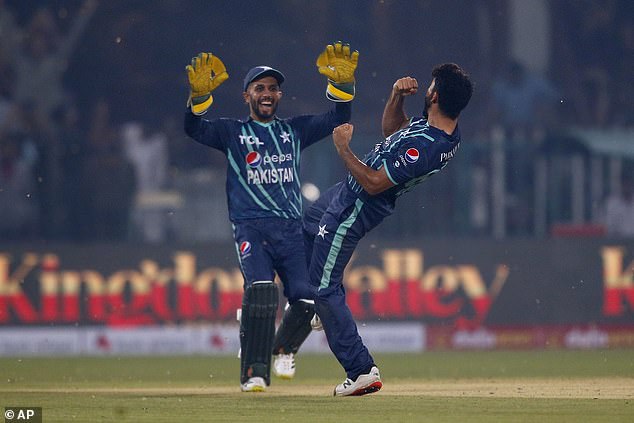