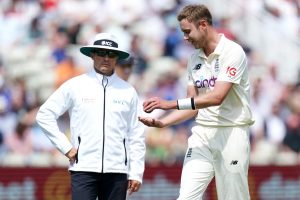 England were left to rue a questionable not out decision against Devon Conway as the opener led New Zealand’s batting response on day two of the second Test at Edgbaston.

Conway enjoyed a memorable debut at Lord’s last week, scoring a fine double century, and was once again frustrating the home attack as he steered the tourists to 130 for one at tea, in response to 303 all out.

Conway was 78 not out at the break, but was spared on 22 when he edged Stuart Broad to third slip and Zak Crawley’s low catch was overruled by the umpires. Crawley looked to have got his fingers under the ball but both the soft on-field signal and the verdict of third umpire Michael Gough went in the batsman’s favour. 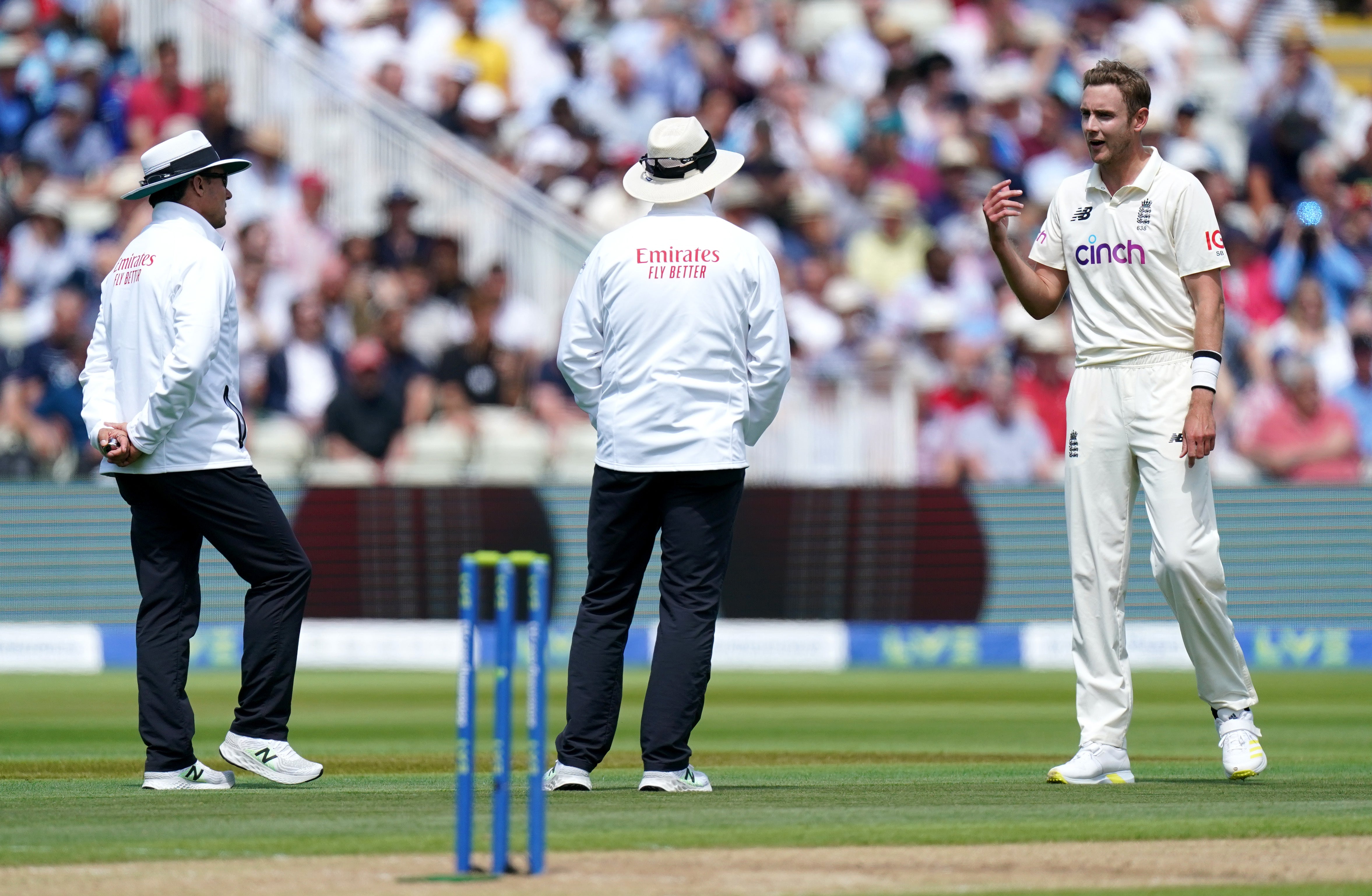 Broad was visibly annoyed by the officials, remonstrating in a way that may attract the attention of the match referee – who just happens to be his father Chris – and the moment could yet prove a significant one. To make matters worse, Joe Root put down Will Young on seven only to watch him reach 40no.

England had earlier lost their last three wickets for 45 runs, leaving Dan Lawrence stranded on 81 not out in his bid for a maiden Test century. He had resumed on 67 after an eye-catching effort on the first evening, but found himself playing an unlikely second fiddle to Mark Wood initially.

The number nine started with well-directed aggression, crashing Trent Boult and Matt Henry for six boundaries in the first 20 minutes and producing a variety of quality strokes. Lawrence could barely get a look in until Henry bowled Wood for 41, but his prospects diminished when Broad was caught behind for nought.

James Anderson’s arrival at number 11 brought a standing ovation, an acknowledgement of his record-breaking 162nd cap rather than his batting ability, but although he lingered long enough to see Lawrence to his career-best Test score, the Essex man was still 19 short of three figures when Boult bested Anderson.

Broad prised out stand-in skipper Tom Latham with the new ball, winning a plumb lbw from round the wicket, and was nearing the end of his first spell when Conway nicked to Crawley. England were sure they had their man but as soon as the soft signal went against Broad, the writing was on the wall.

New Zealand had a more obvious slice of luck after lunch when Olly Stone found the edge of number three Young and Root juggled a regulation chance to the turf. The pair did not err again, showing unflappable techniques as they ensured a wicketless afternoon session and added 87 runs.

Conway reached his half-century in 85 balls and while he drove and pushed well, it was his balletic pull shot which caught the eye as he repeatedly swatted away the short ball with style.