Home » Сricket » Mass changes on the cards for battered England

Mass changes on the cards for battered England 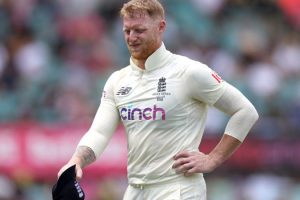 Hobart: England’s spiritual leader Ben Stokes has put his hand up to push through the pain and play the fifth Test as the visitors consider mass changes for the Ashes finale.

In a massive blow to England’s chances of a rare victory on Australian soil, veteran James Anderson and the lionhearted Mark Wood are under fitness clouds for the game, which starts on Friday. 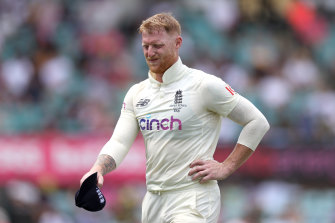 Ben Stokes is one of several England players under an injury cloud ahead of the Hobart Test.Credit:Getty

The tourists’ Sydney saviour Jonny Bairstow, nursing a right thumb injury, was unconvincing at training, while spinner Jack Leach is vulnerable with a four-pronged pace attack on the cards for a Blundstone Arena green top.

Anderson and Wood did not bowl at training on Wednesday after sending down 42 overs in the Sydney Test. The short break between matches does not bode well for their chances of playing in Hobart.

It would be a sad way for Anderson to bow out of Ashes cricket on these shores, particularly with the prospect of extremely bowler-friendly conditions for the day-night Test. Stuart Broad, Chris Woakes, Ollie Robinson and Craig Overton all took part in training.

Stokes showed no ill effects of a side strain as he pushed himself to nearly top intensity in run-throughs, then tested out the injury, taking short-pitched throwdowns in the nets.

Should the all-rounder not pull up extremely sore on Thursday he will take his place in the XI as a specialist batter only. Stokes is keen to play, and England’s team management wants him in the team.

Stokes’s warrior-like qualities shone through in the fourth Test where he made 66 and 60 despite an injury he described as “agony” and “what surgery without the anaesthetic feels like” in his Mirror column.

Bairstow struggled with the bat and in the field at training, often taking his right hand off the handle in the nets. He also had trouble taking the ball with his right hand in the field, and spent considerable time talking to coaching staff. If he plays, he will need to be hidden in a low-traffic position.

As England’s lone century-maker this series, Bairstow’s absence would be a blow to a fragile batting line-up on what is shaping to be a bowler-friendly surface.

“It’s alright being fit to play, you’ve also got to be fit to perform,” England captain Joe Root said.

White-ball specialist Sam Billings will almost certainly replace wicketkeeper Jos Buttler behind the stumps, having been drafted into the squad from the Big Bash League.

Out-of-form batter Haseeb Hameed is close to unselectable with just 80 runs from eight innings in a horror series, but the man in line to replace him, Rory Burns, is battling to bed down technical flaws being picked apart by Mitchell Starc.

Burns did not inspire much confidence in the nets, often asking coaches where his feet were as he works through changes to his game. There are better situations to be trialling a remoulded technique than under lights on a potential paceman’s paradise to day-night specialist Starc with the pink ball.

Root praised his team’s effort to survive in Sydney but wants that endeavour shown from the word go as they hunt for their first Test win from 14 games in Australia since their success here in 2010-11.

“We’ve proven to ourselves we can do that now, can we take that step further?” Root said. “Can we make sure we do that in a winning state rather than just trying to save a Test match? That’s what we have to build on and take from the last game into this one.”