LIVE SCORECARD: England on the brink of series whitewash of Sri Lanka

LIVE SCORECARD: England on the brink of sealing first ever whitewash of Sri Lanka in their own backyard

England need just six more wickets in Colombo to seal a historic victory in the third Test against Sri Lanka.

Another win would seal England’s first ever series whitewash in their opponents’ backyard after Jos Buttler’s efforts on Sunday.

Since his return to the side, Buttler has made seven scores of 50-plus in 10 Tests, the latest to get England out of a hole and guide them towards what will surely be another impressive triumph.

He did it in a way that made a mockery of the apparent view of the all-too-conservative former selection panel who believed Buttler could not adapt his innovative white-ball game to Test cricket.

A messy third day of this third Test, littered with umpiring errors and Sri Lankan own goals, was illuminated by the sheer class of Buttler, who is rapidly becoming the heartbeat of this side.

England turned this final Test on its head by taking nine Sri Lankan wickets for 67 on Saturday. But they were wobbling again when they lost their first four for 39 on just about the best batting pitch of the series.

That gave England what still represented a healthy lead of 135 but in a position where they could not afford another collapse of their own.

Enter Buttler, better positioned now at No 6, to lead them calmly and authoritatively out of trouble and demonstrate why he must never again be left out of any England side in any format. 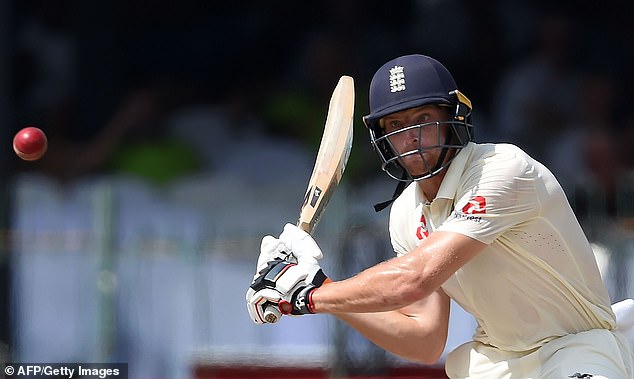