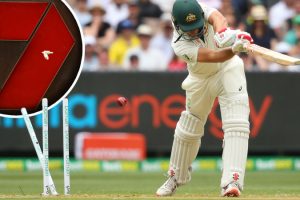 The fight between Cricket Australia and Seven West Media has taken another major twist, with the free-to-air network calling for a fresh process and the removal of the independent arbitrator used in its failed initial bid to secure a significant cut in its annual fee.

Seven’s lawyers on Friday fired off two letters of complaint, one to the Australian Chamber for International and Commercial Arbitration, just days after Venture Consulting chief executive Justin Jameson ruled in a draft report that Seven was entitled to only a $5 million cut this summer in its annual $82 million cash and contra deal. 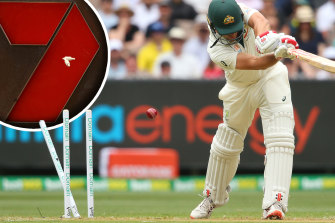 Cricket Australia and Seven have been in dispute.

As the stakes rise in a case that first became public in August, Seven has argued there is a “prejudice” against free-to-air television in the sports right report, which warns that “local broadcasters may be in strife” should overseas-based tech giants seek to win the rights to Australian sports.

Seven refers to the report in its letters as the “prejudice paper”.

“The prejudice paper clearly presupposes matters which would inform Mr Jameson’s determination of many of the issues supposedly subject to Mr Jameson’s independent analysis in the draft determination. Given the weight of evidence submitted by Seven on 11 January 2021 and 5 February 2021 Mr Jameson discounted or entirely disregarded, the prejudice paper reflects a house view which would have prevented any professional from applying an independence of mind and interest to the evidence before him,” Seven’s letter to ACICA said.

Seven then points out eight issues of concern in the report. These include the report’s line that “Seven West Media got into a feud with Cricket Australia”, which Seven says “is hardly an objective description of Seven exercising its contractual rights under the bargain it entered into with CA”.

Seven also took umbrage with the claim that “the long-term sports media landscape after the COVID-19 pandemic is likely to look markedly different, particularly with regards to rights revenues”. The network said this is “obviously pertinent to Mr Jameson’s dismissal of Seven’s claims for impact on the rights fee”.

“Seven therefore expects ACICA to instruct Mr Jameson to withdraw his draft determination and recuse himself from this determination immediately permitting the appointment of a legitimately contractually qualified substitute,” Seven said.

Jameson, who was not named as the report’s author, did not wish to comment when contacted by The Age and Sydney Morning Herald, as he said the matter was confidential.

In the letter to Jameson, Seven says it has “grave concerns to your personal prejudices not based on objective foundations”.

Seven also claims Jameson was its fourth “and lowest” nominated candidate for the arbitration role, and in his “disclosure of relationships” he had failed to declare Venture Consulting “was preparing or proposing to prepare research inclined definitively against broadcasters of free-to-air television sports programming”.

Seven had argued CA had not delivered this summer on the schedule it had planned and the standard of play, particularly in the Big Bash League, that it had signed on for as part of its overall $450 million, six-year deal – a point CA has rejected.

The network claimed a change in international scheduling had put it a disadvantage, that being when the white-ball series against India kicked off the men’s summer, those matches were shown exclusively on Foxtel. Seven has the rights to only the men’s Tests.

Jameson has said Seven would be owed an extra $3.3 million, up to an overall $8.3 million, should a one-off Test against Afghanistan, postponed from this summer, not be held next summer in an already-cramped schedule headlined by the Ashes.

CA, which maintains its broadcast networks enjoyed record ratings this summer, had last year offered Seven a 20 per cent discount, equating to about $15 million, but split over the remaining four seasons of its deal. Seven rejected this.

Seven and CA also have a concurrent case in the Federal Court, where Seven is seeking through pre-discovery access to documents from CA, state governments and the Board of Control for Cricket in India about this summer’s scheduling changes of the men’s international and Big Bash League matches.

The next hearing is slated for March 15.