England cricket signed off the limited-overs leg of their Sri Lankan tour with a return to winning ways in Colombo as Joe Denly ended an eight-year exile in style.

England have played 384 international matches since Denly last appeared on the big stage – a low-key outing against Pakistan in February 2010.

But he did more than enough to justify his second chance as the tourists reasserted themselves with a 30-run victory just four days after a record one-day defeat on the same ground.

Having scored 20 of England’s 187 for eight the 32-year-old took the spotlight with his reborn leg-spin, topping and tailing the innings to finish with four for 19 – the best figures of his professional career. 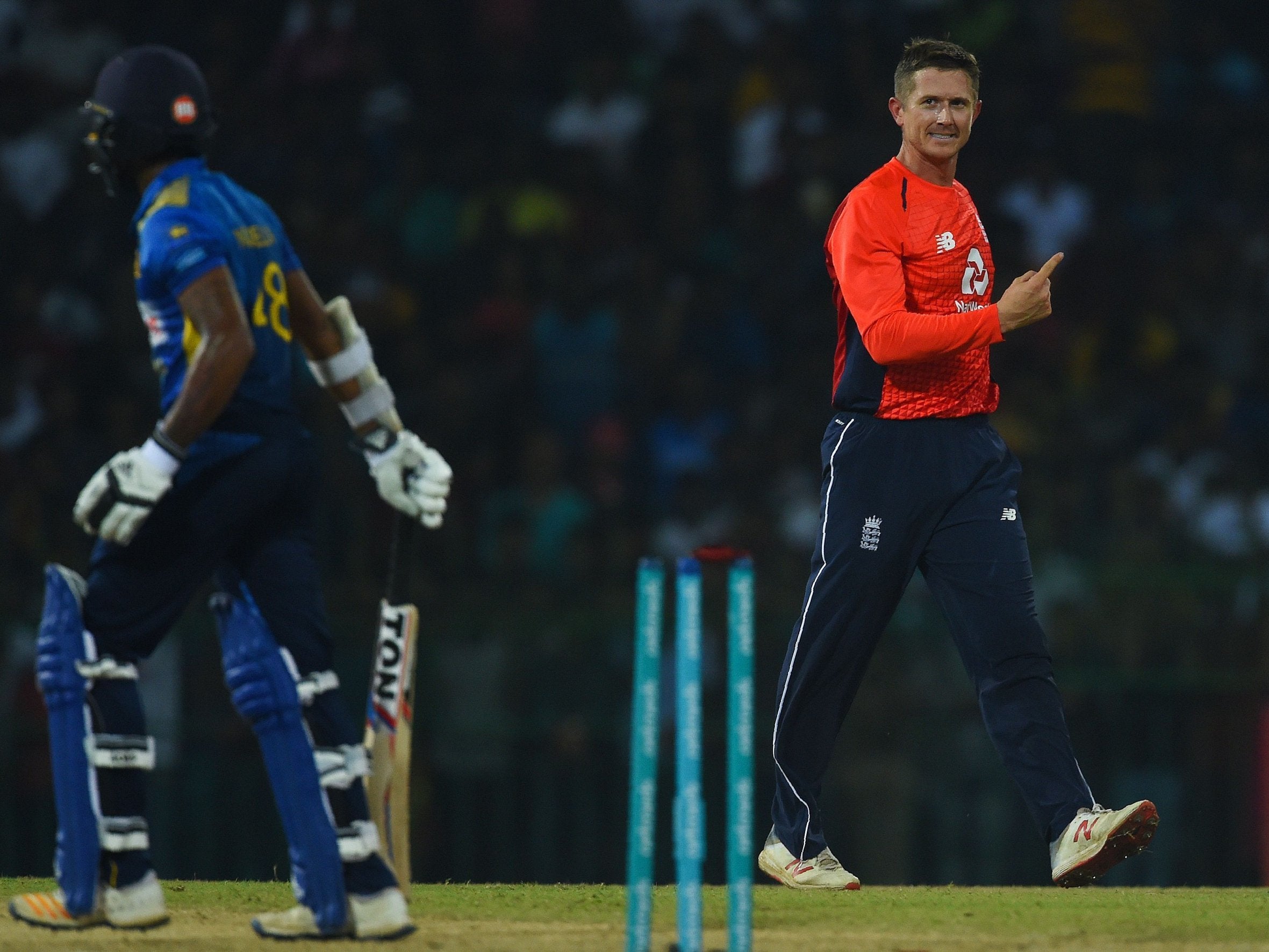 On any ordinary day Adil Rashid’s outstanding spell of three for 11 would have dominated, but this was a chance to celebrate Kent’s comeback kid, whose chances of appearing in the forthcoming Test series have surely spiked.

His bowling was little more than an afterthought when in his early England days but Denly has worked hard on it and may now join Rashid and Moeen Ali in a three-strong spin attack in Galle.

England might still have struggled without Jason Roy’s 69 – a devil-may-care knock that included six sixes, four fours, four dropped catches and all the fun of the fair.

After kicking off with a flurry of burly blows it seemed Roy might be at his domineering best and although that was not the case, he provided fine entertainment.

The first reprieve came on 21 when Roy checked a drive and gave a return chance to Isuru Udana, who flung out a hand but failed to hang on.

Within a matter of seconds Sri Lanka were appealing in vain for obstructing the field, Roy abandoning a risky single and charging back when the attempted run out him on the back of the leg.

There was another spurious appeal for a catch when Roy hit the ball straight into the ground.

Roy decided to ride his luck as far as he could, launching himself at almost everything, sometimes clearing the ropes with ease and sometimes relying on the generosity of the fielding side. 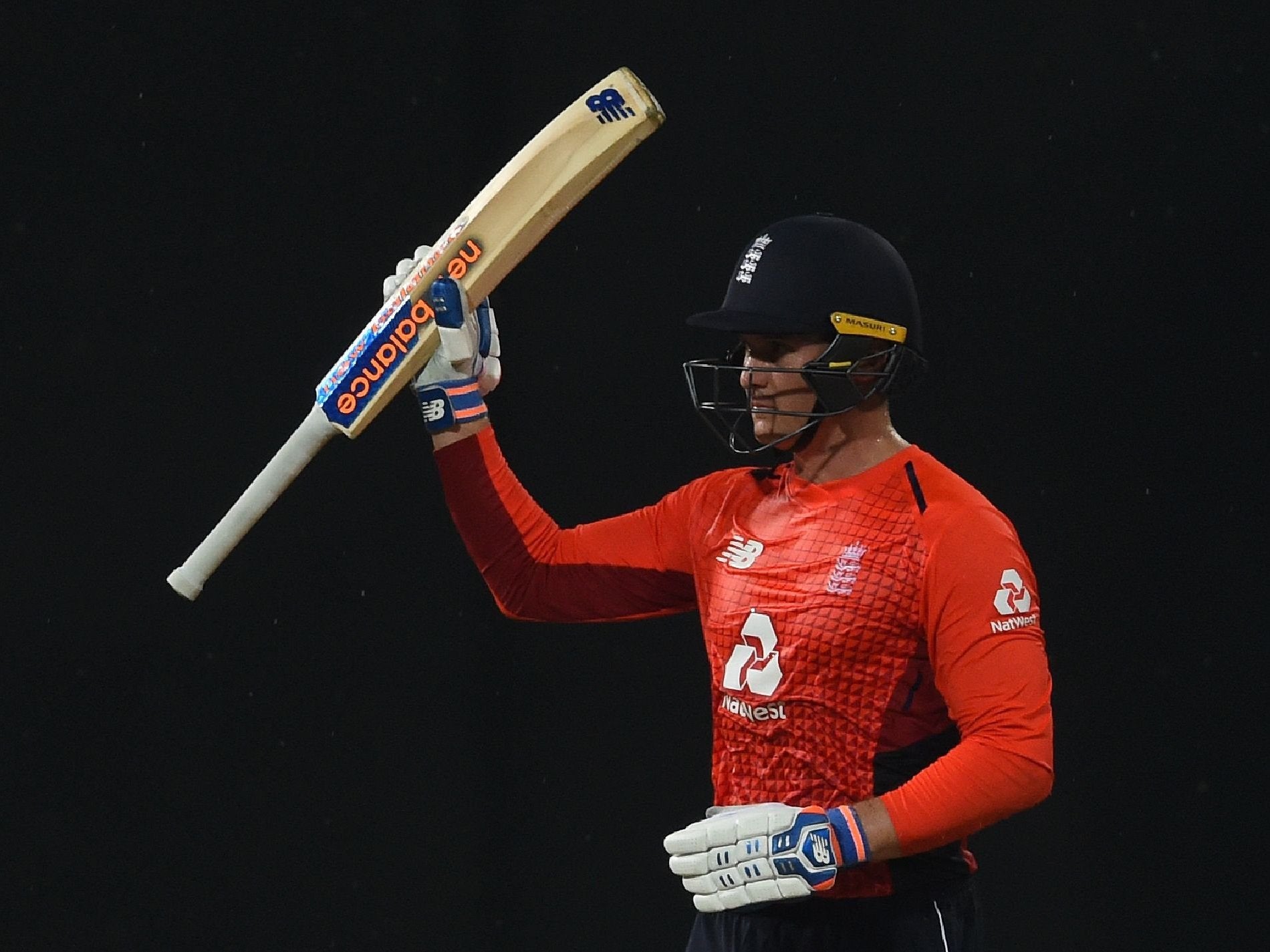 There were dollies on 34 and 41, grassed at deep-midwicket and long-off, and a trickier fingertip chance via the toe end of the bat on 53.

Even at the non-striker’s end he was in the thick of it, unwilling or unable to persuade Alex Hales to review a poor lbw and involved in the mis-communication that saw Eoin Morgan run out.

When the end came it was fitting, a thin nick off a shudderingly awful Lakshan Sandakan long-hop. Rain arrived moments later and when play resumed almost an hour later England added 74 for four in the remaining 8.4 overs to close on 187 for eight.

Morgan surprisingly tossed the new ball to Denly, who has done the job well domestically but was barely a part-time option when he last wore Three Lions.

It took six balls to pay off, Kusal Mendis playing inside one that took off stump, and after five more it looked a masterstroke when the dangerous Niroshan Dickwella fell in similar fashion.

Rashid’s role in the Tests is already assured but he is even happier with a white ball in his hands.

With his googly in rude health and a clever change in pace he was near impossible to get hold of, Dinesh Chandimal and Kamindu Mendis both tried and failed, Hales on hand to catch them in the deep.

Much-hyped debutant Mendis had earlier showcased his remarkable ability to bowl right and left arm spin, and will surely be seen again.

Dhananjaya de Silva was Rashid’s third victim, trapped lbw by a combination of Rashid’s wiles and a well-judged DRS referral.

Denly returned for the final over the match and, with the result in hand, he picked off Thisara Perera and Malinga to end his day in delight.