England seamer James Anderson insists he still “has a lot to offer” the Test team despite missing the bulk of the Ashes series with a calf injury.

Anderson managed only four overs in the first Test against Australia at Edgbaston and has not played since.

But England’s leading Test wicket-taker has no plans to retire and aims to be fit to tour New Zealand in November.

Anderson says his immediate target is to be selected for the two Tests in New Zealand, before England then travel to South Africa for a four-Test series over Christmas and New Year.

He also refuses to rule out trying to be part of the England team that will attempt to regain the Ashes in Australia in the winter of 2021/22.

“I don’t see why not,” he said. “I still love playing the game and as long as I’ve got that hunger, I will try everything I possibly can to do that.

“I feel in great condition other than the calf, so it’s a case of looking to the next challenge and trying to get on a winter tour.”

Anderson was not part of England’s World Cup-winning squad and was instead preparing for the Ashes by playing County Championship cricket for Lancashire.

He picked up 30 wickets at an average of just 9.37 but he injured his calf in a match against Durham at the start of July.

The man with 575 Test wickets missed the inaugural Test with Ireland at Lord’s as a precaution before he was passed fit for the opening game of the Ashes at Edgbaston. 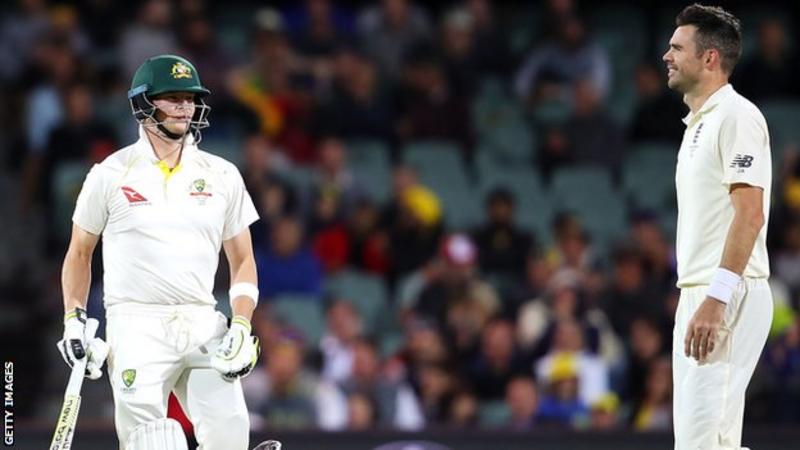 But he felt tightness in his calf after only four overs and did not bowl a single ball at Australia batsman Steve Smith, a player he had dismissed six times previously in Tests.

Smith has gone on to score 671 runs in the series to date as Australia retained the Ashes, taking a 2-1 lead into the final Test at The Oval, starting on Thursday.

“It’s natural to think how you can affect a situation,” Anderson said. “Leading up to the Ashes, you are constantly thinking about how the series is going to go and how you are going to bowl at certain players but you can’t think about the what ifs.

“Steve Smith has been fantastic, comfortably the best player in the world at the moment, and unfortunately for us we haven’t quite been able to get him out.

“To score over 300 runs more than anyone else in the series shows he has been the difference between the two sides.”